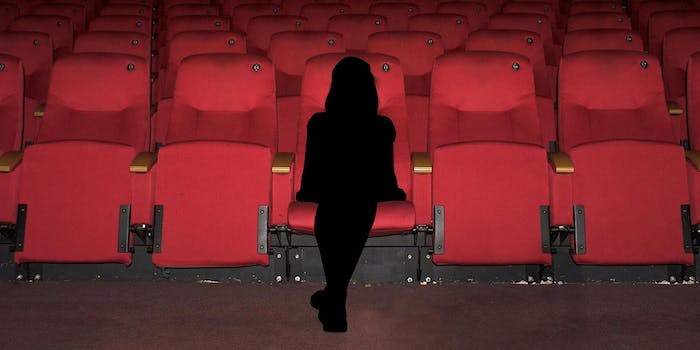 How Netflix and Amazon are changing the game for indie filmmakers

Will filmmakers be willing to make the trade-off?

The major prizes have yet to be given out at the Sundance Film Festival, but it looks like this year’s big winner is the world of streaming.

Both Amazon and Netflix have made significant acquisitions, and their actions have already reverberated across the industry in a major way. “What is a filmmaker doing taking $10 million to skip the theatrical release of the film?” said one studio executive, speaking to The Wrap. The film in question is indie darling Kenneth Lonergan’s Manchester by the Sea, his followup to 2011’s long-delayed Margaret, and one of the hottest titles at Sundance this year. But while Amazon’s $10 million payday for Manchester by the Sea may be the streaming world’s priciest deal, it’s hardly the only notable one. Amazon also bought Love and Friendship, from previous collaborator Whit Stillman, who made an Amazon pilot in 2014. Not to be outdone, Netflix picked up Tallulah—the directorial debut from Orange Is the New Black’s Sian Heder that stars Ellen Page, Allison Janney, and Zachary Quinto—for $5 million, as well as The Fundamentals of Caring from TV veteran Rob Burnett, featuring Selena Gomez and Paul Rudd.

None of these films mark Netflix or Amazon’s first foray into indie prestige territory. Netflix released Cary Fukunaga’s Beasts of No Nation in October, while Amazon unveiled Spike Lee’s Chi-Raq in December, with both films earning great reviews. But this year’s Sundance Film Festival proved that these streaming giants’ interest in indie film is not a passing fancy. Looking toward the year ahead (and beyond), it’s time to examine what the role of streaming will be on the landscape of indie film, and whether companies like Netflix and Amazon can change the face of movies the way they have with television.

An influx of major talent

When it was first announced that controversial filmmaker and notorious TV-hater Woody Allen would be doing is first ever series with Amazon, the entertainment world was naturally shocked. With Allen now set to star in said TV series (alongside Miley Cyrus, no less), it’s natural to wonder what exactly Amazon did to get him to move mediums after all these years.

With the amount of talent headed to platforms like Netflix and Amazon, the streaming world’s impact on indie film has become harder to ignore.

Directors jumping to streaming services for TV shows is one thing: It makes sense that someone like Baz Luhrmann would want to do a TV show for Netflix, as there’s hardly a single hotter place to do TV right now. But to see them abandon traditional film distribution methods for streaming releases is another ballgame entirely. Can these directors expect the same fruitful results when it comes to movies?

Spike Lee seems to think so. He shopped Chi-Raq around to everybody before Amazon said yes. With many people calling the film a return to form for the pioneering indie director, it makes sense that the same creative freedom Amazon and Netflix have extended to their TV writers would be a natural draw for filmmakers too. This creative freedom has its upsides and downsides for viewers, as Adam Sandler’s The Ridiculous 6 has already proved, but given the numbers The Ridiculous 6 supposedly pulled in, it’s still been a win for artists and executives alike.

“I think studios are threatened,” Lee told the Hollywood Reporter. “That’s a good thing. I also think there’s enough room for everybody out here. As a filmmaker, artist, the more places there are established that you [can] have your work seen, the better it is.”

Given Hollywood’s record-breaking year at the box office, it’s unlikely they’re too scared yet, but with the amount of talent headed to platforms like Netflix and Amazon, the streaming world’s impact on indie film has become harder to ignore.

Rewriting the rules of distribution

When Amazon acquired Manchester by the Sea, it rattled cages by outdoing other distributors who offered $5 million and $7 million in the bidding war for Lonergan’s latest. But it’s not exactly like Amazon has “won” per se. Amazon will spend an additional $15 million on the film in prints and advertising, meaning that there’s a long way to go before Amazon actually makes its money back. And this is after Lonergan’s last film languished on the shelf for four years as a result of lawsuits and the director’s struggles with distributor Fox Searchlight Pictures over getting a final cut.

“How long will [Amazon] want to be in this business?” asked Sony Pictures Classics Co-President Tom Bernard. “Do they want to move into the studio business? We’ve seen them start out small and they always move up. So you try and weather the storm.”

What Bernard is getting at is that making money in indie film is hard. Take Beasts of No Nation. Netflix acquired the film for $12 million, after it was shot on a budget of $6 million. But Beasts only made $90,777 in return. Chi-Raq fared a little better, earning an impressive $2.6 million in its limited theatrical run, however, this is hardly a major victory, as the film was shot on a reported budget of $15 million.

For Cary Fukunaga’s part, he made no illusions about his hope that people would see his film in theaters. Yet at the same time, he’s credited Netflix for taking a risk on a movie that many might not have seen at all otherwise. “It’s going to be a hard ask to get people to tune in,” he told Wired back in October. “[Netflix] could’ve picked something far safer. At the same time, they have the enviable position of being able to put out whatever they want because they don’t necessarily need the box office, they just need people to value it.”

This appears to be the trade-off for filmmakers when it comes to streaming: the loss of the cinematic experience, for the chance that more people will actually see their movie. But it’s not exactly like Netflix and Amazon have abandoned theatrical distribution altogether; they’ve just done it their way. Netflix made Beasts of No Nation available on streaming the same day it was released in theaters, a model not unlike the same-day VOD distribution method that other indie releases have gotten in recent years. Meanwhile, Chi-Raq’s theatrical run was accompanied by its availability for purchase and download on Amazon and iTunes, prior to its eventual Prime release date, which is set for Feb. 4.

And while neither of these films proved to be a splash in theaters, you can bet that at the very least, Manchester by the Sea will get an Oscar-qualifying run later this year. Netflix’s Crouching Tiger, Hidden Dragon sequel will also play in IMAX theaters to accompany its streaming release in February, even as major theater chains have refused to show the film in protest of the standard 90-day window between theatrical and on-demand premieres for big movies.

But perhaps the most important question to answer here is this: Do Netflix and Amazon even care if people see these movies in theaters? It’s not impossible that Amazon could one day build up a studio for bigger productions, as Bernard has suggested, but if it can establish itself as a content hub for notable releases and keep its subscriber base interested on this alone, then theatrical distribution will likely remain a secondary priority.

And according to many, this isn’t a bad thing. “People have seen things they appreciated at different sizes of business,” one executive at an indie distributor told the Wrap. “In some cases, Netflix or Amazon can help business. They create partnerships that reduce risk.” Indie film kingpin Harvey Weinstein also stated as much while defending Netflix this past year at the Cannes film festival.

So maybe a partnership between streaming services and old school Hollywood is not so far-fetched after all.

The other big reason, besides money that streaming services want to get into indie film? Validation.

Unfortunately, getting invited to the Oscars for a documentary isn’t enough.

Chi-Raq and Beasts of No Nation failed to earn the Oscar nominations Amazon and Netflix hoped they might. But Sundance has already pushed onward toward the awards cycle for next year, and there’s almost no chance that Manchester by the Sea won’t be talked about as a contender. And Netflix, for its part, has already earned several Oscar nominations, for the documentaries The Square in 2013, Virunga in 2014, and What Happened, Miss Simone? and Winter on Fire: Ukraine’s Fight for Freedom, both of which are in contention this year.

Unfortunately, getting invited to the Oscars for a documentary isn’t enough. Netflix and Amazon want nominations in the big categories, and if they keep investing in indie film, they may just get them. Streaming services are already dominating when it comes to TV awards, and film is the next step in legitimizing their place in the industry.

“The popular streaming platforms have spent years paying their dues—making the rounds at all the major film festivals, courting top-tier talent and generating buzz with unique originals,” notes Saba Hamedy at Mashable. And Amazon’s own Jeff Bezos told a German newspaper in December simply, “We want to win an Oscar,” adding, “Amazon has already won Golden Globes and Emmys. Our current target is to produce 16 home movies a year.”

And 16 movies is nothing to scoff at, theatrical releases or not.

Correction 1:20pm CT, Jan. 26: An early version of this piece misstated when Netflix would stream Crouching Tiger; it hits the streaming service next month.