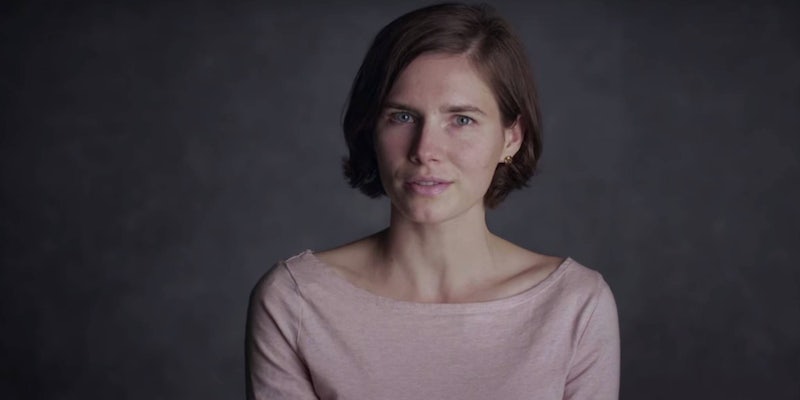 Choose your own adventure.

Thanks to the slow-burning success of Making a Murderer, Netflix is trying another case later this month: Amanda Knox.

It just released trailers for the new documentary, which is simply titled Amanda Knox, and presents two sides to potential viewers: “Believe Her” and “Suspect Her.”

In 2007, Knox was arrested and charged with the murder of her roommate Meredith Kercher, whom she was living with in Perugia, Italy. She was acquitted twice but the extended trial drummed up sensational publicity. She was often referred to in the media as “Foxy Knoxy” and was offered adult film deals. Her haircuts were critiqued in gossip mags.

In addition to interviews with Knox, we hear from her former lover Raffaele Sollecito, who spent close to four years in jail for the murder and later sued for wrongful imprisonment. We see images of Knox leaving a courtroom looking frightened.

We also see how the media painted her: “Either I’m a psychopath in sheep’s clothing, or I am you.”