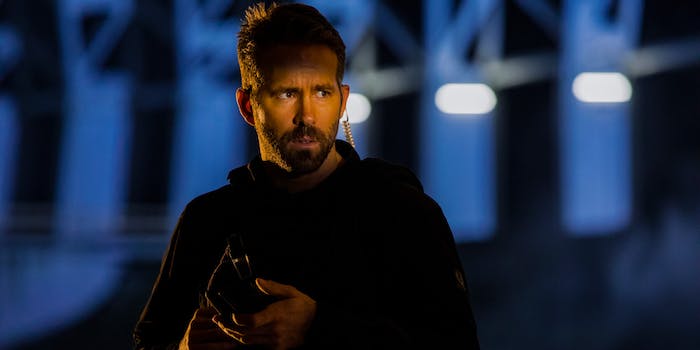 The 'Deadpool' star and the action icon will team up for a heart-pounding action thriller.

Netflix continues to pump out A-list projects, this time teaming up with Ryan Reynolds and Michael Bay for a blockbuster action thriller called 6 Underground. The movie, which debuts on Netflix on Dec. 13, has been shrouded in secrecy, but today’s announcement and accompanying trailer bring the project into sharper focus.

6 Underground doesn’t look like much of a departure for Bay. Deadline reports that it will follow a half-dozen people who are great at what they do and want to escape their past. Judging by the trailer, what they do and how they escape will involve guns, car chases, attractive women, explosions, and “the world’s largest magnet.”

Reynolds, of course, leads the group, and is just as mysterious, troubled, and quippy as you would expect a Reynolds leading man to be. The cast will also include Mélanie Laurent (Inglourious Basterds), Corey Hawkins (BlacKkKlansman), Adria Arjona (Triple Frontier), and Dave Franco (Now You See Me), among others.

Never one to pass up a good trolling opportunity, Reynolds promoted 6 Underground this morning by tweeting a photo of a Netflix DVD envelope with the caption, “Warm up those DVD players because we’re coming to a mailbox near you, December 13th!”

Warm up those DVD players because we’re coming to a mailbox near you, December 13th! #6Underground 💥 pic.twitter.com/FL3DCGgkX7

6 Underground reunites Reynolds with Deadpool executive producers Rhett Reese and Paul Wernick. Judging by the trailer and Reynolds’ announcement tweet, it seems that the film will aim for the same blend of snark and action that made Deadpool a massive hit.