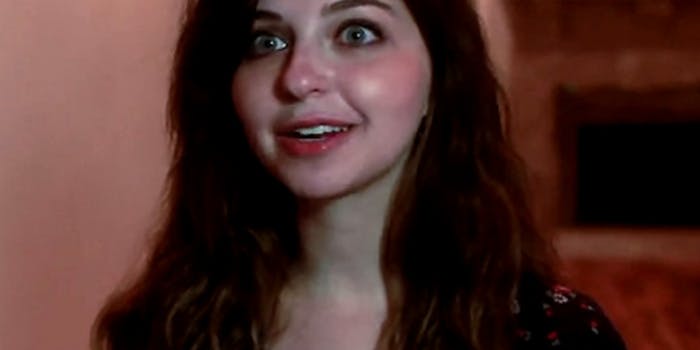 Emma Koenig's blog about the tribulations of being young and broke is the second Tumblr to be picked up for TV this week.

For the author of a blog that chronicles how difficult life for people is in their twenties, Emma Koenig seems to be doing pretty well for herself.

NBC is developing a half-hour comedy based on Koenig’s Tumblr, Fuck! I’m in My Twenties, reports Deadline Hollywood.

Koenig, 24, posts hand-drawn pictures that provide a dark, yet humorous take on the difficulties of being young and broke in New York City. She started the blog in May 2011 while working small jobs and auditioning for acting roles. A book of the same name was released Sept. 1.

The show is already being compared to Lena Dunham’s HBO comedy Girls, which basically has the same concept. However, we can’t stop thinking of NBC’s last flop about the lives of twenty something-year-olds based on something from the Internet: Quarterlife. The network aired the Myspace-inspired series in 2008, and it was quickly cancelled after fewer than three million people tuned in.

Fuck! I’m in My Twenties is the second Tumblr to be put into development as a television show this week. On Wednesday, CBS picked up the rights to Hollywood Assistants, a GIF-reaction blog about working in the high-strung and stress-inducing city.