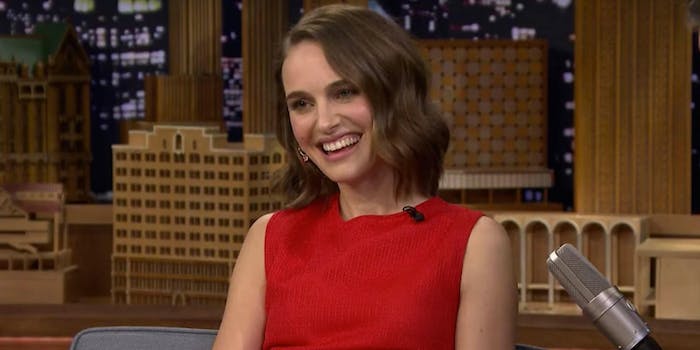 Jonathan Safran Foer and Nicole Krauss’s marriage abruptly ended two years ago, breaking up what had until that point appeared to be one of America’s greatest literary power couples. Foer was rumored to be in unrequited love with Academy Award-winner Natalie Portman.

Portman and Foer became close when she reached out about adapting his book, Eating Animals, into a movie more than a decade ago and the two struck up a friendly email correspondence.

Astutely realizing that this is as juicy as gossip about a novelist is going to get, Foer—with Portman’s blessing—has released some choice selections of their correspondence over at the New York Times. (He has a book coming out, she has a new movie.)

To save you some time, here are our (painfully nerdy) selections:

Portman on melancholy and Foer’s book

An ex-boyfriend of mine used to call me ‘Moscow,’ because he said I was always looking out the window sadly, like ‘‘Moscow,’’ like some Russian novel or Chekhov play. Clearly there were grounds for this ex getting fired, but he did have a point — I have that longing, yearning, it’s-better-over-there tendency. It was illuminating for me to have Oz describe that kind of behavior in his mother as ‘‘Slavic romantic melancholy,’’ because it associated it with a cultural tendency. And it’s true that there is a very cultural influence on that sort of yearning, depressive ‘‘Moscow’’-ing out the window (there must be one German adjective that describes this exact feeling).

It’s almost 6:00 in the morning. The boys are still asleep. I can hear the guinea pigs stirring, but that might be the residue of a nightmare. People often refer to aloneness and writer’s block as the two great challenges of being a novelist. In fact, the hardest part is having to care for guinea pigs.

My mother-in-law used the word guinea pig when telling me a story in French yesterday, and it’s ‘‘cochon d’inde,’’ which translates to ‘‘pig from India.’’ Who’s right?