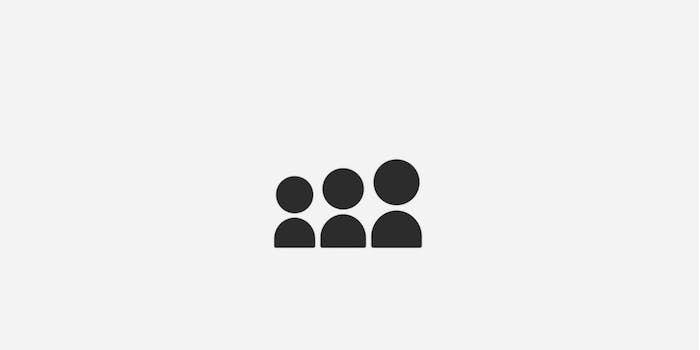 Was Myspace hoping no one noticed?

Myspace has been the butt of the joke for a while. While a whole generation will never know about poorly lit emo profile selfies and Top 8s, it was an important platform for creating and distributing music in the early aughts. Now, apparently, that music is gone too and the loss feels more sad than laughable.

people seem to think I mean something mad or something but it's not like that. it's just that the loss of all this labor & history & creativity is, by itself, a very brutal commentary on the way we have chosen to live. it's not "MySpace did something wrong." Deeper than that. https://t.co/ClRpC3V2qh

Myspace has confirmed that it lost more than a decade’s worth of music uploaded to the site between 2003 and 2015. Though it saw a redesign in 2012, the site’s music player reportedly stopped working about a year ago, and after several curious parties emailed asking what happened to their music, responses started trickling in. One, from Myspace’s data privacy officer, claimed that “due to a server migration files were corrupted and unable to be transferred over to our updated site.” A closer reading of that statement: They didn’t want to deal with migrating millions of mp3s.

Still, these responses were from last summer. One comment on a Reddit thread from July states that there’s a disclaimer at the top of the music player page, warning of the “server migration project,” but it’s not there as of March 2019.

However, a “new” statement from Myspace making the rounds today sounds familiar: “As a result of a server migration project, any photos, videos, and audio files you uploaded more than three years ago may no longer be available on or from Myspace. We apologize for the inconvenience and suggest that you retain your back up copies.” It appears a recent Reddit post recirculated this news, forcing Myspace to comment on it.

MySpace lost all music uploaded from 2003 to 2015 from technology

Of course, this has started a conversation about what massively trafficked sites like Facebook and YouTube will do with your data if it’s not backed up elsewhere, though Facebook has certainly already given us several tastes of how they treat user data.

Anyone who doesn't think this is going to happen with Youtube is kidding themselves.

let's hope this doesn't happen to soundcloud in 5 years https://t.co/srmup4kKaE