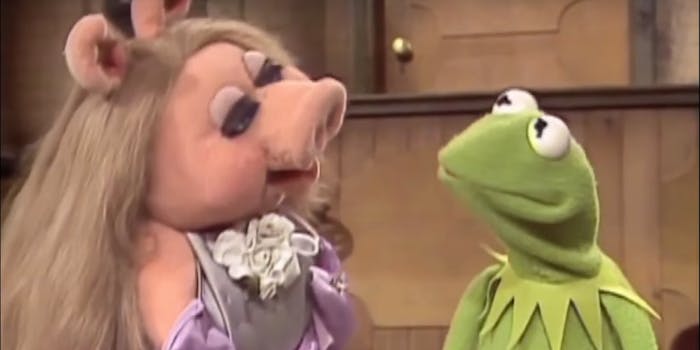 The Swedish Chef even lends Kermit his support.

Kermit the Frog and Miss Piggy’s tumultuous relationship has played out between The Muppet Show, decades of movies, and the new series The Muppets, but what’s less obvious is how he’s explained himself over the years.

Thanks to Adam Schleichkorn and Vulture’s latest Muppet remix, we now have an idea. Some clever editing brings together Kermit and the Swedish Chef for a rendition of Shaggy’s classic “It Wasn’t Me,” and it’s pretty much perfect. It focuses more on earlier times than on Denise, Kermit’s new girlfriend in The Muppets, but there’s still plenty to incriminate Kermit in the eyes of Miss Piggy.

How is Kermit going to wriggle his way out of this one?