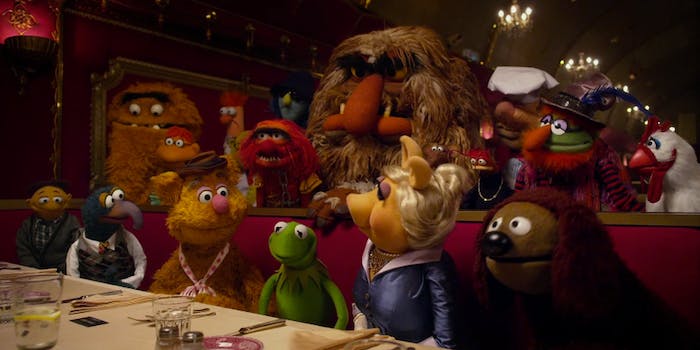 Who thought that one of the best parts of the Golden Globes would have been a commercial?

Who thought that one of the best parts of the Golden Globes would have been a commercial?

Muppets Most Wanted doesn’t come out until March 21, but it didn’t stop the movie from being outraged that it wasn’t nominated for one of 247 awards. In a one-minute ad that aired in the middle of last night’s ceremony, it perfectly skewered the argumentative and often outrageous cries of Internet commentators courtesy of an old-fashioned Twitter feud.

Considering the watercooler-talk nature of Twitter, the conversation sounded just like something that would have actually appeared online, typos and all. It probably did happen if you switch out Muppets Most Wanted with that person, show, or movie that should have won last night.

And you can’t forget that one spam account that comments whenever you use just the right keyword.

Even better? The Twitter accounts mentioned in the ad are real, although they were likely set up by the studio for the ad in the chance that someone decided to verify it.

I made $2000 bucks just sitting at home. Click this link to find out how https://t.co/TcDtAMf4Fe. BTW, when iz Muppets Most Wanted?