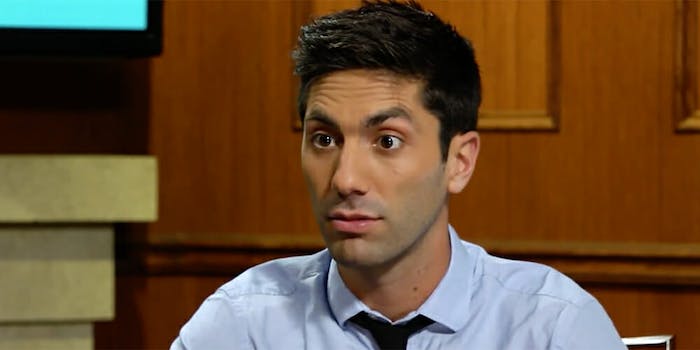 A woman says she was harassed during filming.

“We take these allegations very seriously,” an MTV spokesperson told BuzzFeed. “We’re working with Critical Content, our third party production company, to conduct a thorough investigation and we’ve put a pause on shooting until the investigation is completed.”

The network did not provide details about the allegations. But news of the show’s suspension came after Ayissha Morgan, who appeared in a Season 4 episode, said in YouTube videos that she was sexually harassed during filming.

Morgan, 20, did not name Shulman in the videos but said a “main person” on the show harassed her with inappropriate questions and comments about her sexuality.

“I don’t think you’re a lesbian. You need to let me take you out,” she says the man told her.

She says he asked her whether she had had sex with men. “He was like, ‘Well, I think you should try it. I have a big dick. I would tear your ass up,'” she said.

Morgan also says the man invited her to hang out at their hotel, and when she went not realizing they would be alone, he asked her to “cuddle.” She declined.

Catfish: The TV Show premiered in 2012 and was starting production on its eighth season.