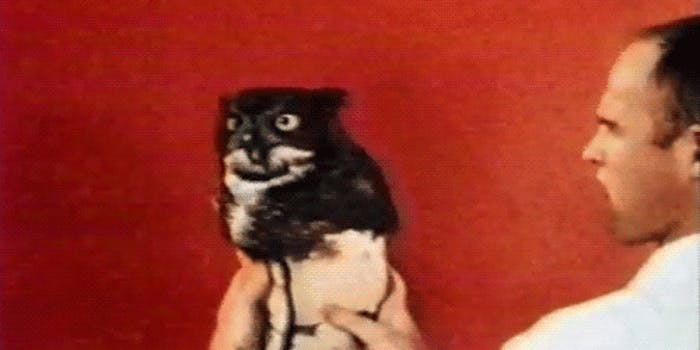 This poor, palpably hungover Great Horned Owl is obviously having a not-so-great morning.

The Daily Dot featured the account last August, but just try to imagine our excitement when we discovered they had an actual hungover owl GIF stored up in its archives!

This poor, palpably hungover Great Horned Owl is obviously having a not-so-great morning, awakening to find himself bound in leather trusses, whirled back and forth for the cameras by a malevolent-looking, gum-chewing stranger. It’s like coming to in the middle of a Nature Channel special directed by David Lynch.

Not that we haven’t all been there, of course.