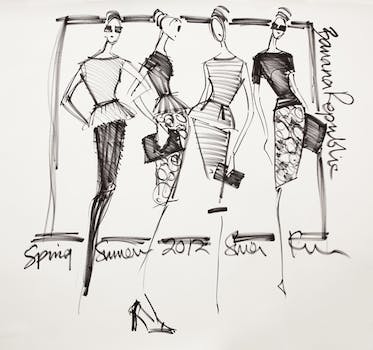 A spring collection comes to life with little more than a black marker.

Fashions change from season to season (“Resort” still exists?), and so do bodies; the clothes sketched by generations of designers have morphed from maxi to mini and back more times than we can count. But there’s something eternal about the shape of the bodies sketched in those clothes. Get out a pattern book from the 1950s, and you will recognize these poses. You will see them in Avedon shots and Edwardian studio photos as well.

The greatest variation over time has been the position of the legs. Once skirts rose and trousers became popular, women became more conscious of the poses in which their legs were shown off best and began playing to that. Meanwhile the shoulders, waist, arms, and head positions have remained essentially the same. For comparison, see any typical Medieval nude with her gangly, awkward leg splay.

This GIF shows Banana Republic Creative Director Simon Kneen sketching out the spring collection, and the shapes of the women and the clothes are so classic, it frankly could have been sketched any year from about 1935 onward. It was posted on the From Me To You Tumblr last October, where it has gotten 42,016 notes. The finished sketch is posted below.

Who knew a stubby, common black marker could be so graceful in the right hands? 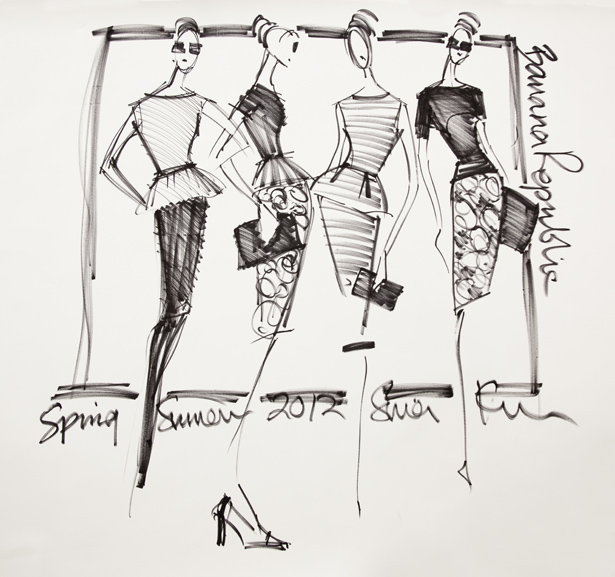