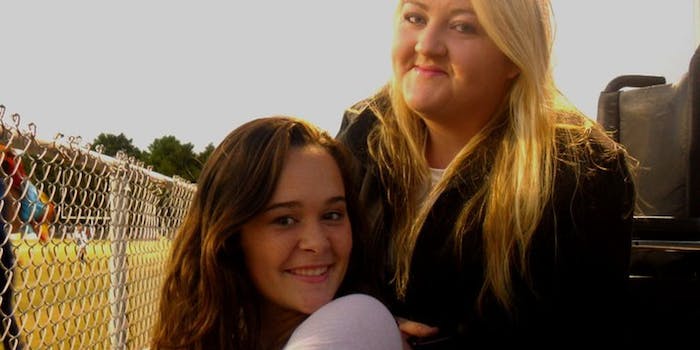 Morgan Tucker is nothing if not persistent. She's determined to get her friend a meeting with UK boyband One Direction

Sixteen-year-old Morgan Tucker is a week into her digital crusade to get her friend, who has muscular dystrophy, to meet UK pop band One Direction.

So far, the campaign for Haley Paterson, is going well.

Last week, Tucker uploaded her video plea asking viewers to share her video in the hopes that the band will see it, and grant her wish for Paterson.

To date, the video has been viewed more than 100,000 times, the majority of views coming from today and yesterday.  And her video was briefly the second-most-mentioned video in the world this morning, said Tucker during a Skype interview.

In that time, Tucker’s followers on Twitter have also grown from 40 to 6,000. The hashtag #Haleyhasachance has been tweeted almost 5,000 times, according to Topsy.

“My adrenalin is pumping” said the Georgia teen, who hasn’t slept in 24 hours due to all the excitement, coming in the form of retweets, blog posts, and today, “it’s blowing up on Facebook all over the place.”

Tucker made the video immediately after hanging out with Paterson last week, in Bremen, Georgia, but didn’t tell Paterson about it until it was already up and retweeted by the “One Direction Family.”

“She was shocked, she had no idea—she really did not,” said Tucker.  Now, “she is completely ecstatic, and she definitely is freaking out about it,” adding, “at first she didn’t understand why I would do it.”

Tucker who had recently moved into the area, first met Paterson in Chemistry class.  “She sat towards the back, by the door, and one day she started singing a Jonas brothers song. And at the time I was a fan, and I turned around and I started singing it too…and after that I thought we’re going to be best friends.”

They have been, for over a year, Tucker said. “If Haley wasn’t in my life, I would be an ungrateful 16 year old.”

The effort to get the video seen by the band has even turned into a family affair. Tucker, who now does Twitcams (live web chat through Twitter), has her single “working father” with four daughters, participate with her; “He’s even on Twitter with me.”

Tucker’s fans even have a nickname for him; “They call him Papa Food,” said Tucker, explaining Tucker is slang in Australian for food.  Tucker, who lives in United States, explained her Australian Twitter fans gave him that nickname.

Despite her involving her father in a lot of her online activity, he had no idea about the video until Tucker showed it to him.  “When he first saw it, he cried.. and he’s been very supportive” throughout the whole thing.

As is the case with any video going viral, the haters have come out of the trenches to accuse Tucker of doing this purely for herself. They’ve called her “an attention whore” and the video as a route for “easy fame” among other hateful comments.

Tucker dismissed the notion. She’s doing it purely for Haley—and not the fame. “This is not the first time I’ve tried to get Haley’s story out there.” Tucker had tried last year, but didn’t use Twitter or Facebook to promote it, so the video hardly hit 100 views.

“This has never been about me, it’s completely about Haley” and that’s the “whole reason why I started this. I knew there’d be people that wouldn’t appreciate what I am doing.. but I take the bad with good, and the good overpowers the bad.”

The good being the now thousands of fans that are actively tweeting her video at various members of One Direction.

The outpouring of support, Tucker said, “just proves that technology is good, and can bring people together.”

While the duo has yet to hear from One Direction, family of three members of the five-member boy-band have seen it, said Tucker in a Skype interview, so they are hopeful.

“In my dream, I was hoping March 7 would be the day they got to meet. I’m pretty sure she would have some ‘fangirly moments,’” said Tucker. One Direction is opening for Big Time Rush in Nashville on March 7, and both girls already have tickets for the concert.

We’re also trying to speak with Haley Paterson and will keep you posted. 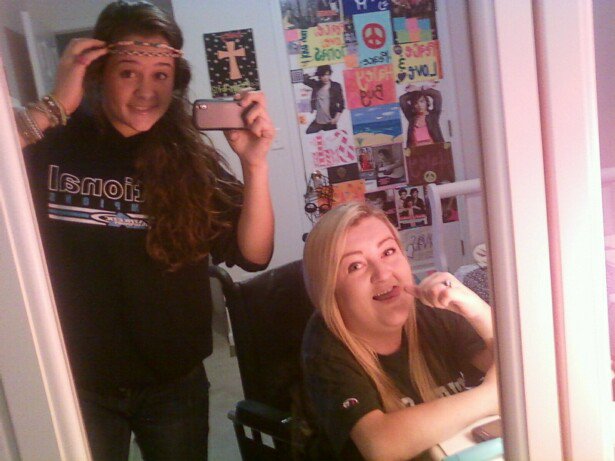