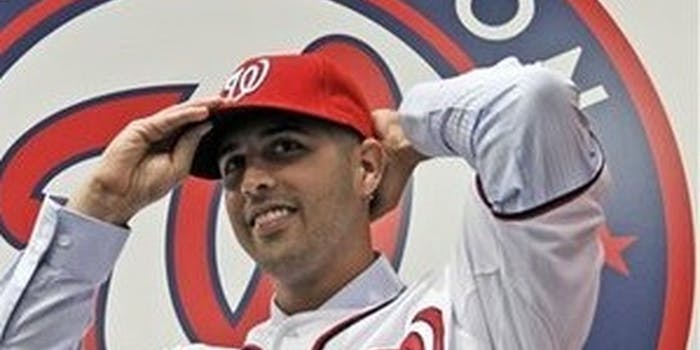 How would you like to be the belle of baseball?

Washington Nationals pitcher Gio Gonzalez needs a date for a team gala this weekend. Rather than face the ignominy of having to go stag to the shindig, Gonzalez took to Twitter in an attempt to find the perfect partner for Saturday’s event.

“Hey I need a date for the gala on Saturday night, an sexy single ladies interested…..” Gonzalez tweeted. The 26-year-old added that potential dates need to be aged 21 or older.

Teammate Tyler Clippard was among the dozens of Twitter users who retweeted Gonzalez’s plea.

It’s unclear whether Gonzalez has found someone to take to the dance. That said, he’s not short of offers.

“You let me know when to be ready & I will catch a flight to you!A southern belle on your arm is exactly what you are missing.” Oklahoma resident Jara Hurt offered.

Gonzales is hardly the only person to turn to Twitter in times of romantic desperation.

Gonzales appears to be suffering similar setbacks. “Damn… 2 days after that is my 21st,” Laura Johnson responded.

It just goes to show, sometimes when you swing for the fences, you come up empty—even on Twitter.