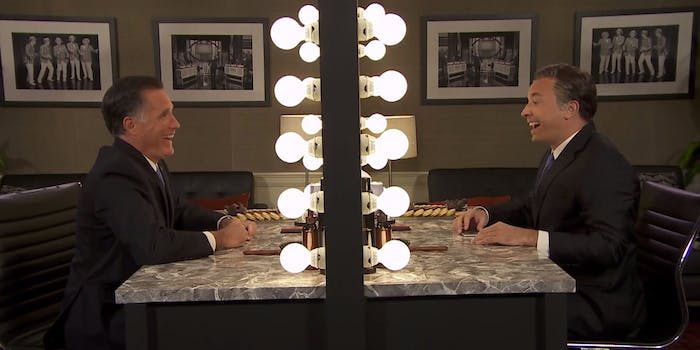 A good self-pep-talk before a big TV appearance can work wonders, especially when someone’s actually on the other side of the mirror.

Mitt Romney might not have any political pressure riding on him before he goes out to talk to Jimmy Fallon, but he’s still feeling nervous. And who better to talk him through it than Fallon dressed as Romney?

Romney can’t talk himself out of boxing Evander Holyfield for charity, but he can still make himself chuckle in his signature strange way as he takes shots at President Obama, Hillary Clinton, and how many sons he has. And Romney’s just as upset about Zayn Malik leaving One Direction as the rest of us. Thanks, Obama.