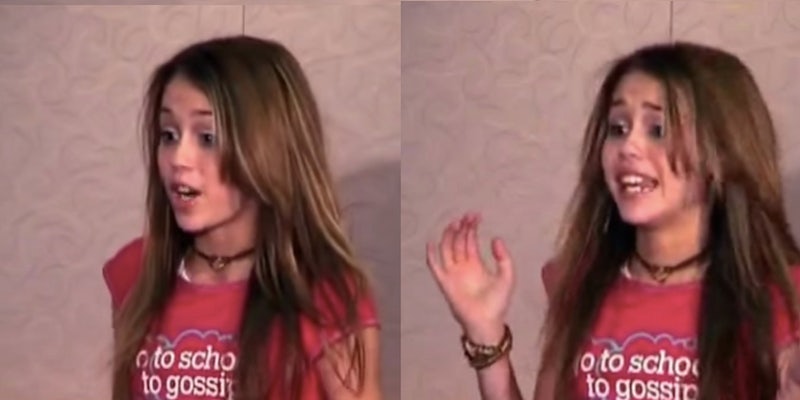 We really did get the best of both worlds with Miley Cyrus. First, we got the tween sensation Hannah Montana that brought us some addictive bubblegum pop. And now that she’s grown up, she’s bringing us grown-up bangers and tackling issues that are important to her.

But before all that, Miley was just another hopeful girl at auditions. And her audition tape has recently been dug up and getting quite a bit of attention. Take a look at a 12-year-old Miley nailing the part of Hannah Montana:

In the first part of the video, Cyrus says that she’s auditioning for the part of Zoey. Rumors that she also tried out for Zoey 101 (a part that went to Jamie Lynn Spears) could help explain that.

Her star power has been pretty obvious even since her younger days. And check out that “go to school to gossip” shirt. Love it.