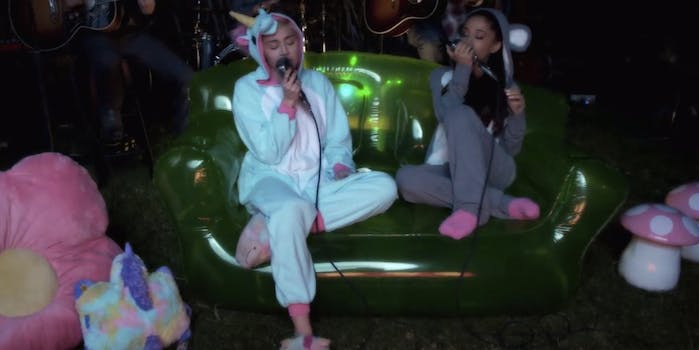 It’s a pop-culture dream to see Miley Cyrus and Ariana Grande wearing animal onesies in your backyard. As part of her new Backyard Sessions project, Cyrus made that dream come true.

The duo paired up for a cover of Crowded House’s “Don’t Dream It’s Over,” clad in animal onesies—Cyrus a unicorn, Grande a mouse—and relaxing on an inflatable sofa.

Backyard Sessions is a program that Cyrus launched to raise awareness for the Happy Hippie Foundation, her non-profit aimed at helping homeless and LGBT young poeple.