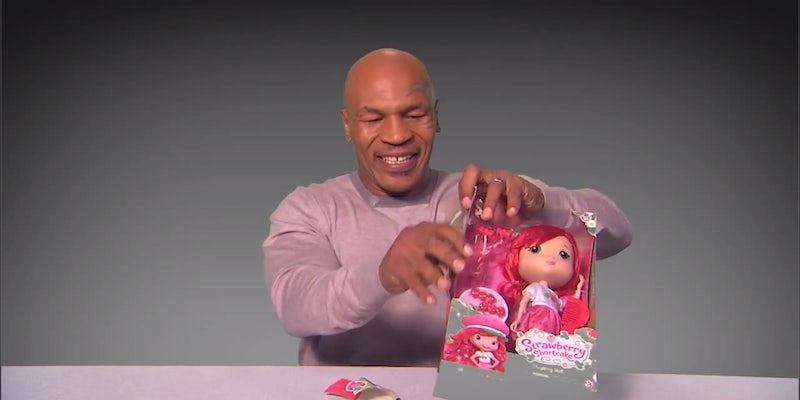 You’ve seen Mike Tyson box, but Jimmy Kimmel got him to unbox

Can a boxer used to violence handle something as violent as unboxing?

There’s nothing like the soothing feeling of unboxing something—or the potential for rage that emerges when a boxer tries to do it.

Jimmy Kimmel thought it would be funny to give Mike Tyson a shot at the YouTube trend with a Strawberry Shortcake, a children’s toy that is the opposite of the famous boxer in every way. And since he wasn’t given any tools to aid him in his unboxing, things got a little violent.

With a plastic container, tape, and all those twist ties holding the doll and her accessories in place, it’s a cruel fate for Tyson, but he messily pushes through.