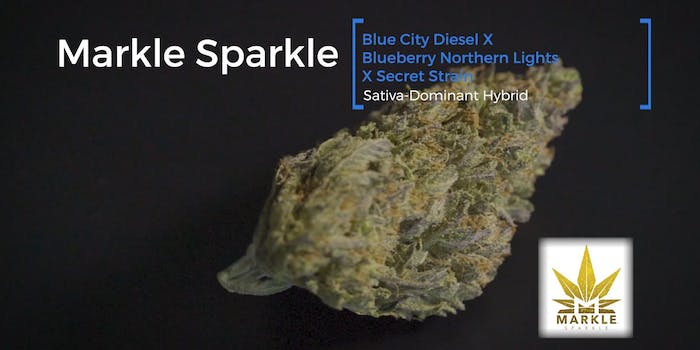 Tyler Dooley, Markle’s half-brother’s 25-year-old son, is reportedly selling a new strain of weed called Markle Sparkle, in an effort to capitalize on the nuptials, according to the Oregonian. Dooley is a licensed grower in Oregon, and the strain is a Sativa hybrid, according to Leafbuyer. “Markle Sparkle makes you feel positive, happy, and energetic,” goes the description. “It is uplifting and has been known to create a tingling body sensation of numbness. There is a sense of relief and euphoria that comes with the high as well.”

The strain will apparently debut next month at the High Times Cannabis Cup in California, and then in Oregon. He told the Daily Mail that if Markle and Prince Harry ever want to visit Oregon, “I’d be happy to show them around if they ever come out here and educate them on the medicinal benefits of marijuana, which helps everything from post-traumatic stress syndrome to insomnia to pain in cancer patients.”

It’s not clear what kind of relationship Dooley has with his aunt, though he told the Daily Mail that she used to babysit him and his brother. However last month his father, Thomas Markle Jr., sent a handwritten letter to Prince Harry asking him to cancel the wedding, and claiming that “Meghan’s attempt to act the part of a princess like a below C average Hollywood actress is getting old.”