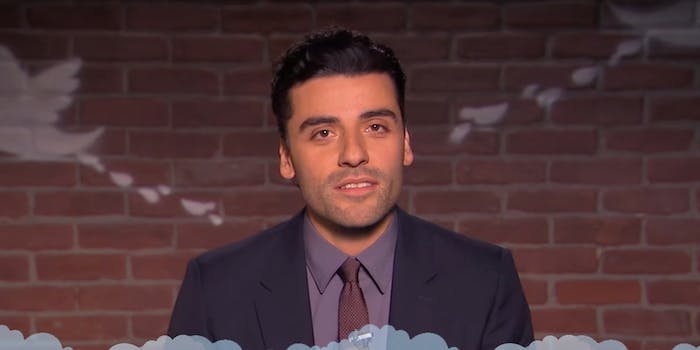 Hollywood’s biggest night is just around the corner, but that doesn’t mean the Internet’s terrible tweets about the acting elite have gotten any nicer.

Some of the most famous people in the business—many of them Oscar nominees and winners themselves—gathered on Jimmy Kimmel Live for the time-honored tradition of reading the mean tweets that people have sent them.

They may not completely understand what their critics were thinking, but their reactions are a hilarious mix of anger, annoyance, and even laughter. And along the way, the masses have a few good ideas.

Somebody get Eddie Redmayne some water. He is thirsty.