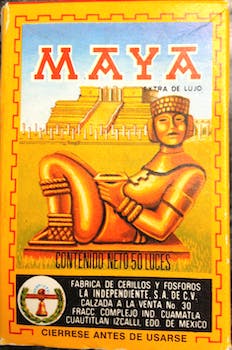 Tick tock. So what will you do with your last year of life?

Today is my 25th birthday. And according to doomsday predictions associated with the Maya long count calendar, it marks the first day of the last year I–– along with everyone else–– have left to live.

Our impending doom may be a year away, but that hasn’t stopped Reddit from predicting what the community’s front page will be on that fateful day. It hasn’t prevented more than 2,000 people on Twitter from making #2012 a trending topic and speculating how we will spend our final 365 days.

“It’s going to be awesome when journalists can stop doing “end of the year” stories and start doing ‘end of the world’ ones instead. #2012,” wrote @mirza9.

However, it’s not all pessimism.

“I’m tired of people telling me how the Mayans predicted the end of the world in 2012. The Mayans couldn’t even predict the Spaniards,” tweeted @LukeAdams.

“Folks need to get off that 12/21/2012 hype and just live your life. Nobody is guaranteed life for even tomorrow,” wrote @TheBodyOfNYC.

The doomsday date also has some assured benefits for those who expect to live through it. Mexican towns located in ancient Maya territory expect to make serious cash from tourists. The Mayan region of Quintana Roo expects to see double the usual profits.

“The world will not end. It is an era,” Yeanet Zaldo, a tourism spokeswoman told the Associated Press. “For us, it is a message of hope.”

So will I live to see 26 after all? Arlen Chase, expert on ancient Maya culture and Chair of the Department of Anthropology at the University of Central Florida, thinks it’s a definite.

“The Maya calendar really has no application to our own society,” he told the Daily Dot. “The actual Maya calendar will continue counting past December 21, 2012 toward the next cycle. Why people believe that the world is coming to an end on that date is just another mistaken millenial movement.”