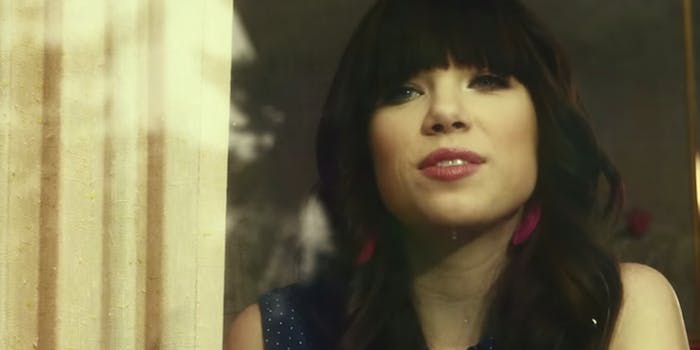 Max Landis, a screenwriter, director, and producer in Los Angeles, released a 150-page conspiracy theory about pop singer Carly Rae Jepsen on Tuesday. This “living document,” as he calls it, theorizes that all of Jepsen’s songs are about falling in love and heartbreak.

Landis created a website called “A Scar No One Else Can See,” with an introduction and seven-part series to his Jepsen manuscript. In an introduction video, Landis claims to have discovered the fact that Jepsen’s entire musical career has focused on singing about the same story of getting dumped over and over across three albums, two EPs, and dozens of singles.

“I’m not crazy, I discovered something,” Landis says in his dramatized introduction video. He calls his theory, “The Jepsen Pattern.”

Jepsen, 31, has been active in the music world since 2007, but her breakthrough came in 2012 when her song “Call Me Maybe” became an instant viral sensation, which earned her two Grammy nominations.

In the introduction, Landis warns readers: “abandon all hope, ye who enter here.” He said he has written a “living document” after researching the Jepsen “phenomenon.”

“The Jepsen Pattern, once you understand its rubric, it about as subtle as a brick to the face,” Landis wrote. He said he began his Jepsen analysis in the fall of 2016 and soon discovered the common theme of heartbreak and getting dumped in the last decade of Jepsen’s career. “Carly Rae Jepsen is in Hell… continue if you dare,” Landis wrote.

The 150-page manuscript went on to analyze several, if not all, of the “Call Me Maybe” singer’s songs. Landis reads deeply within each line of every song and confidently relates common themes of misery, longing, obsession, and boy problems to all of Jepsen’s music.

Landis concludes the manuscript with, “Hey, I just met you. And this is crazy. But all of Carly Rae Jepsen’s songs are connected.”

Max is the son of acclaimed director John Landis, and re-wrote the script for the upcoming An American Werewolf in London, a remake of his dad’s famous ’80s film. His Jepsen project has sparked Twitter criticism for allegedly being condescending in scope, and toward its subject.

Pretend that Max Landis is the frickin Ark of the Covenant and just look away whenever he opens that dumbass silver-spoon-fed mouth of his.

Jepsen has yet to address the report.