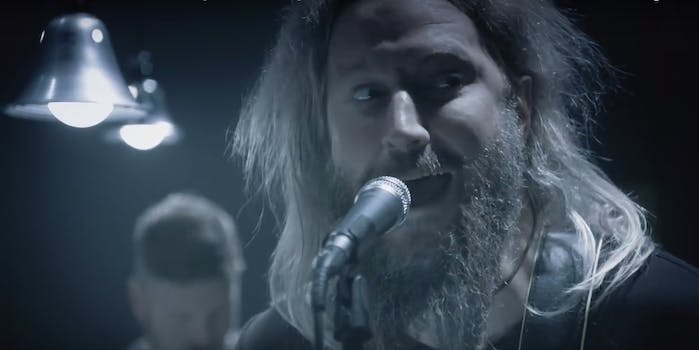 Searching for Mastodon on Google got confusing this week.

So-called anti-Twitter social network named Mastodon is all the rage, and Mastodon, the critically acclaimed metal/prog rock band, is having a little fun with it.

Started by 24-year-old Eugen Rochko, Mastodon the standalone app lets users do most of the same Twittery stuff, but with more privacy and no neo-Nazis. Rochko may have even named the platform after the band, but he later said it was after the prehistoric animal.

Of course, social network Mastodon’s ascendance was going to wreak havoc for Google searches for the band. Instead of fighting it, Mastodon decided to use it as promo for its latest album, Emperor of Sand.

Kicking it off, the band responded to a Mashable story about how the buzzy social network had an uphill battle for survival.

The band even brought Twitter co-founder and CEO Jack Dorsey in on the fun.

Hey @jack we swear we have no intention of harming you. Not sure why people keep saying that. ❤️ https://t.co/gkciP7yuL6

Did you even give our new album a chance? It's only been a few days. We'll survive. Don't you worry. https://t.co/wmZPKiks3Y

We launched 17 years ago and have a new album out this week actually. https://t.co/VS5PhdwUjd #TheRealMastodon https://t.co/5YoIXyuwcx

Here’s the hilarious video for Mastodon’s latest single, for “Show Yourself,” where the grim reaper is continuously annoyed or being back-talked to by unwilling parties.