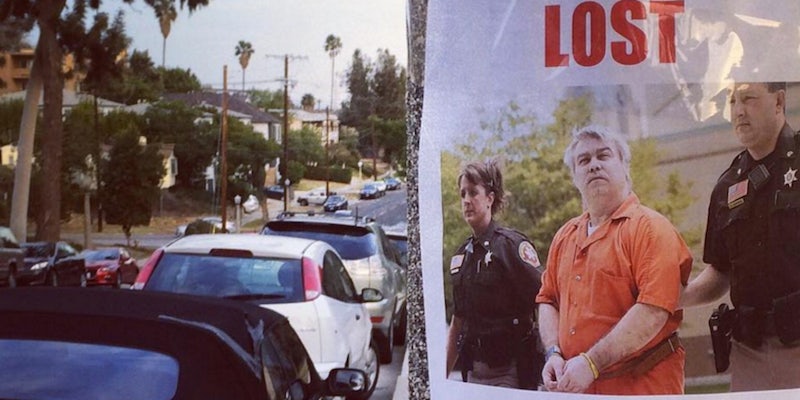 People are actually calling, too.

The Internet has become a vessel for all our theories, questions, and weird feelings about Netflix‘s Making a Murderer. But one man has taken his feelings to the streets.

Comedian Jason Saenz, who runs the Instagram account Saenz Signs, has shifted his frustrations from True Detective season 2 to Making a Murderer. He’s been leaving real signs around Los Angeles that articulate many people’s feelings about the series.

According to TMZ, Saenz has actually received calls about the job posting, and while most callers were “in” on the joke, some people were not. Here are two of the more amusing voicemails.