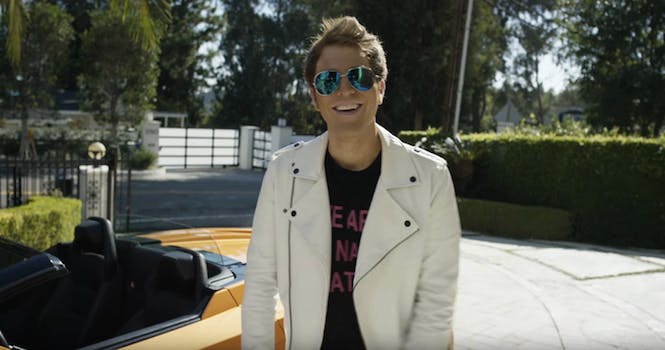 Maker Studios continues its foray in feature films with Internet Famous, a mockumentary look at the lives of the Web’s biggest stars.

The film, the first produced by the studio, follows five fictional digital celebs who are traveling across the country to participate in a talent competition, revealing along the way that they don’t actually have any.

YouTuber Shane Dawson stars in the film, alongside Steve Greene, Wendy McColm,  Richard Ryan, Christian DelGrosso, and Amanda Cerny. Dawson has taken a stab at movie fame before, directing and starring in Not Cool as part of The Chair on Starz. Now he plays a character closer to home, alongside other Web celebs poking fun at their own trends, from a father who makes his money scaring his child to a one-hit wonder trying to translate viral fame into her meal ticket.

There’s even a reference to a “web con” that looks suspiciously like VidCon, the annual Internet star conference that will kick off just a few days after Internet Famous premieres via iTunes on June 21.