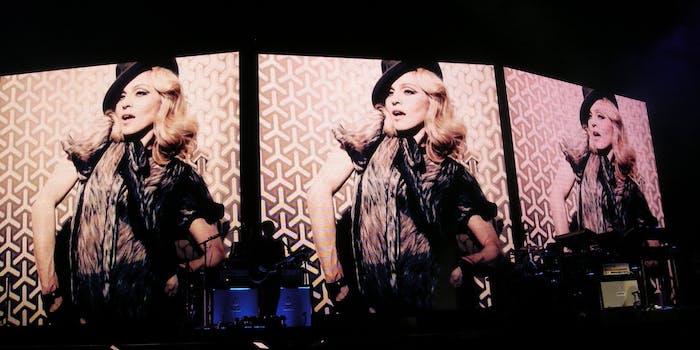 Madonna takes a tumble at the Brit Awards

Madonna took a dive on stage during a performance on the U.K.‘s Brit Awards Wednesday evening. It looks like a backup dancer was trying to remove her cape and accidentally pulled her backward down a flight of stairs.

Madonna was billed as the grand finale of the evening with her song “Living for Love,” off her new album Rebel Heart. She dropped the mic during her tumble to the floor but impressively recovered after missing a few lines. Admirable to say the least.

Madonna’s appearance marked her first at the Brit Awards in 20 years. And maybe the last?