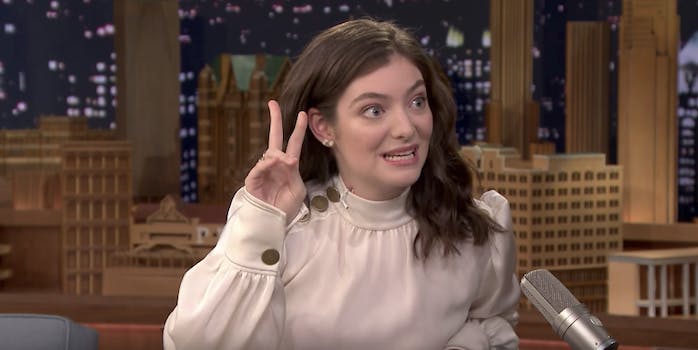 Lorde has confirmed that she was behind the short-lived foodie account @onionringsworldwide.

Earlier this week, rumors broke that the 20-year-old pop star might have been running a secret Instagram account dedicated to reviewing onion rings at different dining establishments. It was quickly deleted as news circulated, but during a stop to Jimmy Fallon‘s Tonight Show Thursday evening, the singer admitted that it had in fact been her secret account.

“I sort of naively didn’t realize that it was going to be a thing,” she laughed. “It’s me!”

She says she made the decision to take the account offline after worrying “people would throw onion rings at me on tour.”

Conveniently, her new album Melodrama drops today, the same day that these quirky/fun onion headlines will also be circulating. It might be a stretch to promise that this was an orchestrated, Swiftian PR moment, but if it walks like a duck and quacks like a duck…

Lorde’s Melodrama world tour will reach the U.S. next March.