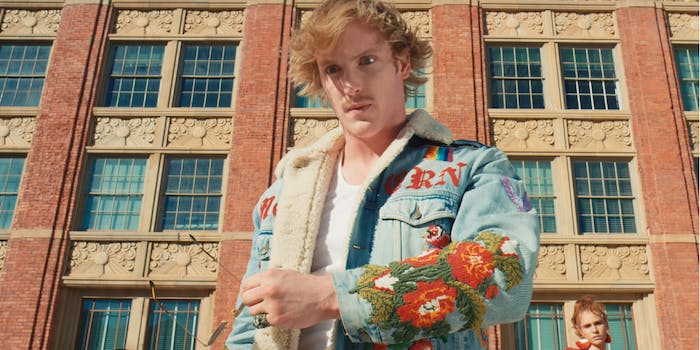 Logan Paul gets called out for ripping off a Flobots song

Logan Paul has been accused of lifting lyrics for his new single “No Handlebars.”

Paul, brother of fellow YouTuber Jake Paul, on Nov. 23 released an official video for the song, which rides on the chorus, “I can ride your girl with no handlebars.” There are many questionable aspects of the video, like when Logan Paul literally rides women like they are a bicycle.

On top of that, Denver-based group Flobots accused Paul of repurposing the chorus from their 2009 song “Handlebars,” which goes: “I can ride a bike with no handlebars.”

On Nov. 24, the Flobots Twitter account called out Paul’s “homage,” adding that this new version is misogynistic and bringing the #MeToo movement into it.

So, um, @LoganPaul , was “I can ride your girl with no handlebars” inspired before or after the #metoo campaign?#notcoolbro #nohandlebars

Fans rallied behind Flobots, though some didn’t really see the #MeToo connection. Others defended Paul and accused Flobots of wanting attention. But many agreed that the new song is terrible.

Paul has not yet responded to Flobots’ claim, though he did apparently tweet at them in October.

The Daily Dot reached out to both for comment.