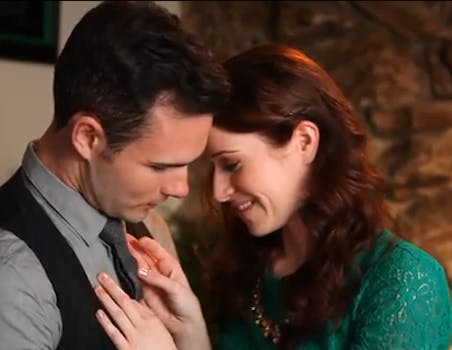 Series draws to a close this week after 100 episodes, but DVDs and royalties are healthily funded.

It’s a big week for hit YouTube series The Lizzie Bennet Diaries. After its 100th episode on March 28, the show’s modern retelling of Pride & Prejudice will draw to a close, but this certainly isn’t the end for Lizzie—or her fans.

In July, the entire show will be available on DVD. On Friday the show’s co-creator Hank Green (also known as one of the Vlogbrothers, and the founder of VidCon) announced a Kickstarter campaign to fund the DVDs, including special features and spinoff episodes from side characters.

Within three hours the campaign met its goal of $60,000—and revealed some intriguing plans for the future. As well as including a production timeline for the DVDs themselves, the Lizzie Bennet Kickstarter mentions a second series in the works for July of this year. Since the 100th episode of Lizzie Bennet will mark the end of Pride & Prejudice, fans are speculating that series two will concentrate on side-characters such as Lizzie’s friends and colleagues, or be an entirely new Jane Austen adaptation.

Although the source material is 200 years old, many of the show’s loyal fans were keen to remain spoiler-free for the end of the series. Happily, the Kickstarter rewards include a special Lizzie Bennet-themed edition of Pride & Prejudice, for those who want to go back and read the original once they’ve finished watching the show.

In a video on the Kickstarter page, Green explained that any excess funds raised would be treated as royalties for the writers and actors. Considering the Kickstarter has already raised $269,000 over its first weekend, this YouTube phenomenon is proving to be as lucrative as it is popular.

Photo via The Lizzie Bennet Diaries