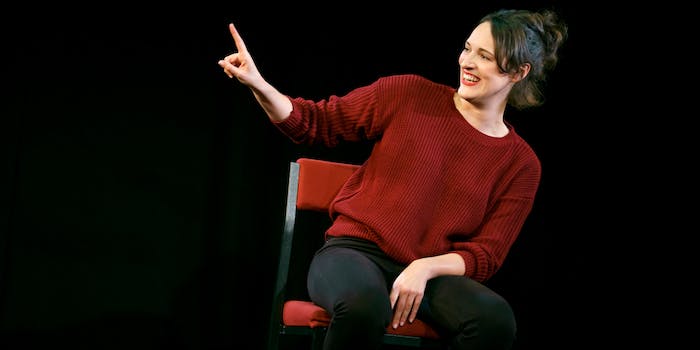 The live performance that started it all.

In the age of corona, not all heroes wear stethoscopes.

Waller-Bridge is now releasing this rare performance to streamers everywhere, with proceeds going to various healthcare charities. Streaming fees will also go to the Fleabag Support Fund, an organization that offers grants to freelancers working in the U.K. theater industries.

Here’s everything you need to know to watch Phoebe Waller-Bridge’s live Fleabag performance.

The performance will be available to stream on Amazon on Friday, April 10.

The live one-woman performance that went on to inspire a hit series will be available exclusively on Amazon in the US for $5. You don’t need to subscribe to Amazon Prime to get access to it, but it helps, especially if you want to watch episodes of the Fleabag series.