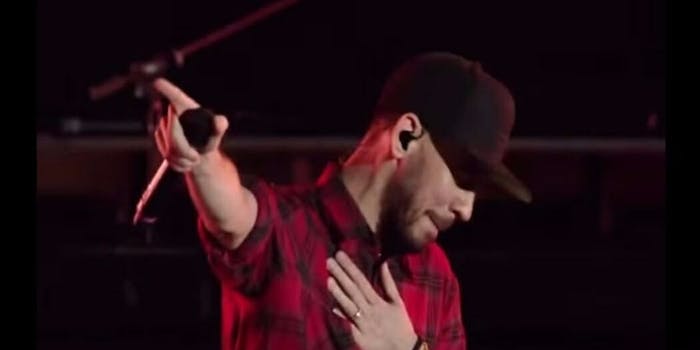 This video will give you goosebumps.

Linkin Park reunited Friday for the first time since the death of singer Chester Bennington, playing a tribute show at the Hollywood Bowl featuring members of Korn, System of a Down, and Avenged Sevenfold.

But when the band went into one of Linkin Park’s biggest hits, “In the End,” no special guest was needed. The crowd turned in a stellar performance singing Bennington’s vocals, and it seemed like it was nearly enough to make singer Mike Shinoda briefly break down.

The money raised from the concert will be sent to Music for Relief’s One More Light Fund.