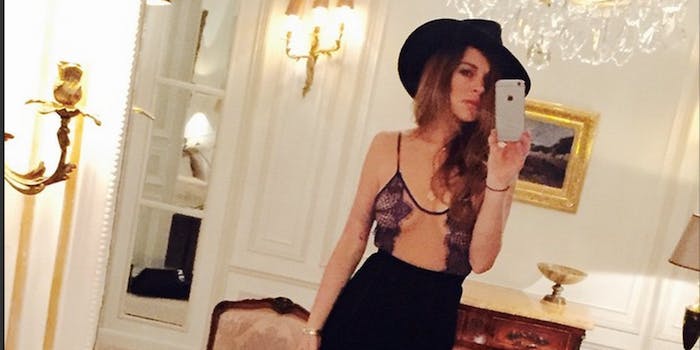 Did they not give girl an Arabic-English dictionary on the set of 'The Parent Trap'?

Everyone has that moment in their teens when they visit a foreign country, fall in love with it, and become obsessed with the idea of getting a tattoo of a word in that country’s native tongue. (For me, it was Israel, and I wanted to get the word “slicha” on my wrist, which I thought meant “peace” but actually meant “excuse me.” Really dodged a bullet there.)

Apparently, Lindsay Lohan never quite outgrew this tattoo-that-says-“love”-in-Mandarin phase of her globetrotting career: She tried to post the phrase “you’re beautiful” in Arabic on Instagram earlier this week, but a sharp-eyed follower pointed out that the text actually loosely translates to “you’re an ass,” or “you’re a donkey.” 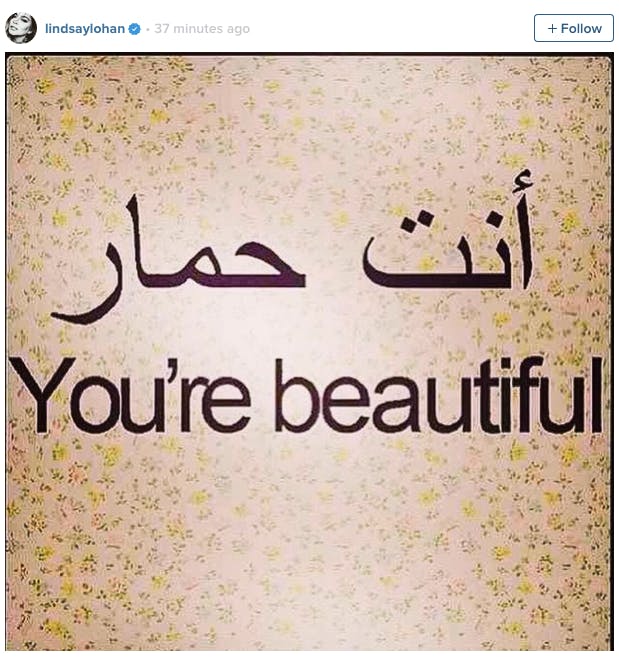 Shockingly, Lohan has since deleted the post. But hey, at least Instagram is less permanent than a tattoo, right?

Update: Lohan has posted a photo claiming the botched translation was an “inside joke”: