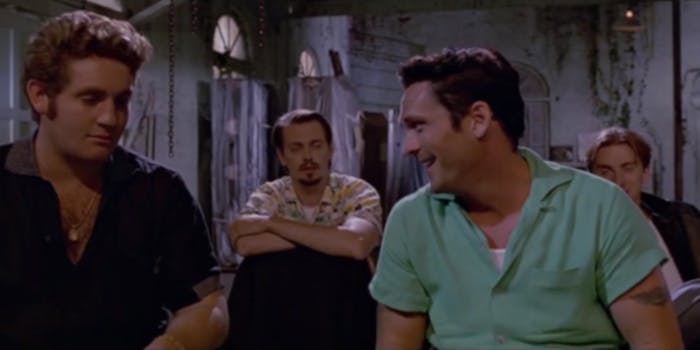 All your favorite Quentin Tarantino characters sing ‘Like a Virgin’

Madonna’s “Like a Virgin” is part of a diner conversation in Quentin Tarantino’s 1992 film Reservoir Dogs, but superfan Glenn O’Neill took it a step further. He created a new version of the song comprised entirely of Tarantino dialogue from all his films.

This editing experience couldn’t have been particularly enjoyable, and the lyrics don’t exactly match Madonna’s, but they get pretty close. This isn’t a cover as much a crazy, swear-filled revision on the hit song. We’d love to see Christoph Waltz’s solo take on it.