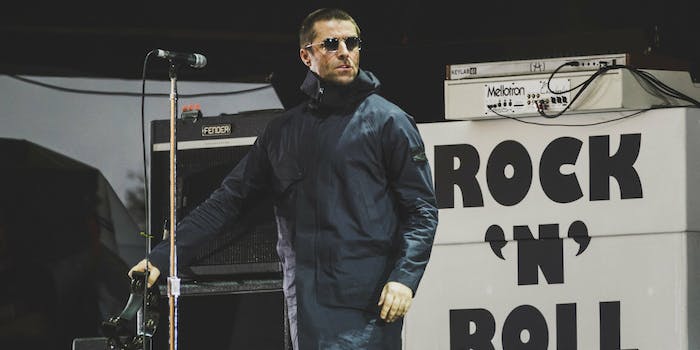 Liam and Noel Gallagher squash their decades-long beef on Twitter

Don't look back in anger.

On Dec. 19, 2017, Liam Gallagher did the unthinkable: He extended an olive branch to his big brother, former Oasis bandmate, and longtime enemy Noel on Twitter.

“I wanna say Happy Xmas to team NG it’s been a great year thanks for everything looking forward to seeing you tmorrow AS YOU WERE LG x,” the rock star wrote. After some needling from (presumably Noel) fans, Liam clarified that his brother had “already reached out” and declared, “We’re all good again.”

It didn’t take long for the press to pick up on the momentary truce, and the Oasis reunion rumor mill began churning on cue. But for those impartial to the British rockers, the peace offering wasn’t a Christmas miracle, but an end-of-year curse. The Gallagher brothers’ public beef-squashing marks the end of one of rock’s most hysterical feuds, which has endured for decades and spawned some of the genre’s greatest Twitter roasts, courtesy of Liam.

Tomorrow is no guarantee, and Liam and Noel may very well resume the mud-slinging before we ring in 2018—but for now, let’s honor some of Liam’s best insults while the feud is still fresh in our collective consciousness.

Nothing worse than being told to go fuck your self by a potato as you were you LG x pic.twitter.com/mYrrniaZ2S