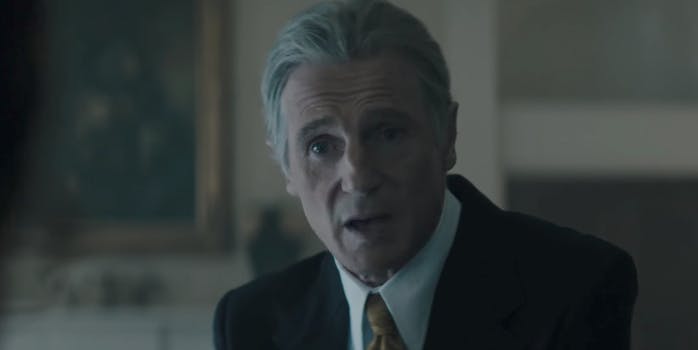 He may have given us more Taken movies than we ever deserved, but it looks like Liam Neeson is ready to step down from his throne as action’s leading man.

At the Toronto Film Festival this week, Neeson said his career’s unlikely turn toward thrillers was “all a pure accident.”

“They’re still throwing serious money at me to do that stuff,” he told festival attendees. “I’m like, ‘Guys I’m 60-fucking-5. Audiences are eventually going to go, ‘Come on.””

His new movie, Mark Felt: The Man Who Brought Down the White House, looks like it will be the last where he plays the role of Stern Daddy Who’s in Charge During a Crisis.

In it he plays the FBI official nicknamed Deep Throat, the source that helped journalists Bob Woodward and Carl Bernstein uncover the Watergate scandal in 1974. It hits theaters Sept. 29.