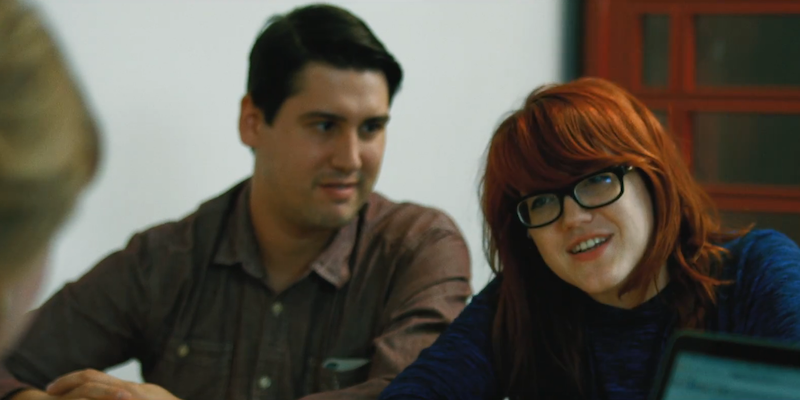 Did ‘Silicon Valley’ steal the plot of this indie movie?

Austin director takes the HBO comedy to task for allegedly ripping off his plot.

An Austin, Texas, filmmaker has put out a video showing parallels between this week’s episode of Silicon Valley and his 2015 film The Trolls.

Both the episode and the film concern patent trolls and a group of friends trying to fight back against them. But director Lex Lybrand noticed a few too many similarities to The Trolls, and compiled the offending scenes.

“When I watched the episode in real time, I didn’t really notice how many similarities there were to my film,” Lybrand told the Daily Dot. “Not until Jared literally says, ‘Troll the troll.’ When he said that line of dialog, I immediately hit pause on my remote control and said ‘No. No. No.’ like 100 times.”

While the debate over ownership of a phrase like that is fairly nebulous, the irony of the situation is heavy. According to IMDb, sometime-Austinite Mike Judge, Dave Krinsky, and John Altschuler have writing credits on the episode. Lybrand started writing The Trolls, which stars several Austin comedians and was a crowdfunded effort, in 2014. He says he was very mindful of “making sure I didn’t tread the same ground as anybody else when I was writing the film.

“I reached out to Marc Maron’s producer for input because he had gone through it in real life and had an episode of his show involving a patent troll. I did the same thing with Adam Carolla and his producer. When we were shooting the film, Silicon Valley had a couple of episodes that revolved around the intellectual property related to some of the MacGuffin software, and I was so afraid that they’d eat my lunch and introduce patents into the mix. They didn’t, but I was routinely telling people that if they did, I’d shut the film down. That’s how serious I was about making sure our thing was completely original. Hell, I even changed the name of the film from Trolls to The Trolls because that animated flick was announced. Our film came out first, but I didn’t want some parent sitting their kid down to watch Justin Timberlake’s avatar dancing around and end up blasted with a bunch of F-bombs, you know?”

Disclosure: Lybrand worked as a freelance video producer for the Daily Dot in 2016. We’ve reached out to HBO for comment.

Update 8:10pm CT, June 6: “We are confident that the episode is the original work of the writers of Silicon Valley,” HBO told the Daily Dot in a statement.