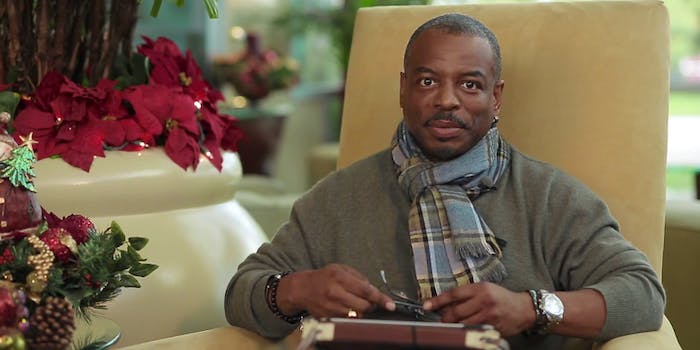 There are no gimmicks, no punchlines, no elaborate visuals. It’s just Burton, his iPad, and his soothing voice.

We just got a fantastic holiday treat from the man who made reading fun for an entire generation.

Former Reading Rainbow host LeVar Burton took to YouTube to read a Christmas classic for his viewers. The show ended in 2006, but since then it has lived on through Twitter and an iPad app.

Just last week, the Reading Rainbow Twitter account reached out to its followers to find out just what holiday story they wanted Burton to read.

Our theme this week is “Warm Holiday Stories” & soon we’ll have a story read by @LeVarBurton! What book would YOU like LeVar to read?

With more than 1,000 votes, Clement Moore’s The Night Before Christmas easily won out. The classic story is a staple in many homes on Christmas Eve, so what better way to honor the tradition?

There are no gimmicks, no comedic asides, no punchlines, no elaborate visuals. It’s just Burton, his iPad, and his soothing voice.

Sometimes you just need a simple holiday tradition—but don’t take my word for it.