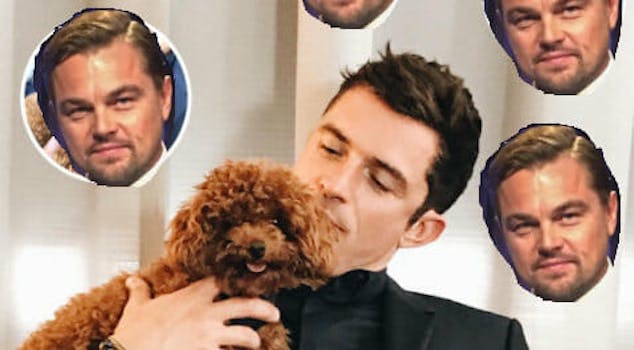 The dog days of summer aren’t quite here yet, but that didn’t stop Leonardo DiCaprio from hitting the streets of New York City with his star-studded summer squad—and one adorable pooch.

It appears DiCaprio has reached the fabled level of superstardom that allows him to wear baggy dad shorts and earbuds in public, ignoring both his squad and the accepted standard for celebrity attire.

OK maybe it’s not that deep, but Leo seemed to be having a good time snacking on ice cream and iced coffee alongside his crew, consisting of Tobey Maguire, Orlando Bloom, and OH MY GOD LOOK AT THAT PUPPY FOLLOWING ORLANDO WHO IS HE.

always on my mind #mightyman #puppy