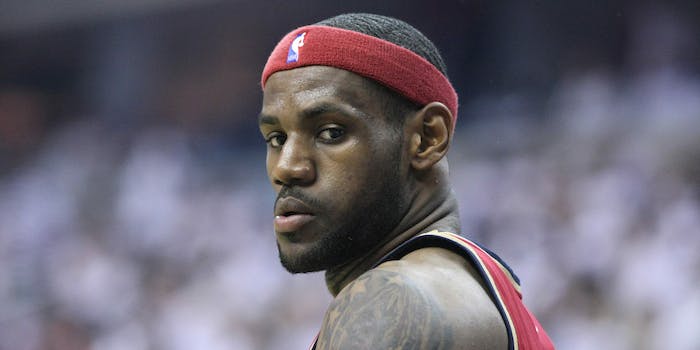 LAPD was called to James’ home early Wednesday morning to investigate the vandalism. It was reportedly covered up by the time police got to the scene, but TMZ reports it was the N-word scrawled on the front gate of his Brentwood home.

This occurs just one day before the Cleveland Cavaliers play Game 1 of the NBA Finals against the Golden State Warriors. James was not home at the time.

In an interview earlier this month, James was asked about the racial slurs aimed at the Orioles’ Adam Jones, and offered up that while racism is “going to be a part of time forever,” it’s also a conversation that has to keep going.

Police are investigating the possibility of surveillance video.

Update 5:22pm CT, May 31: “Racism will always be a part of the world, a part of America,” James told reporters Wednesday afternoon. “It’s alive every single day… No matter how famous you are, no matter how many people admire you, being black in America is tough and we have a long way to go.”