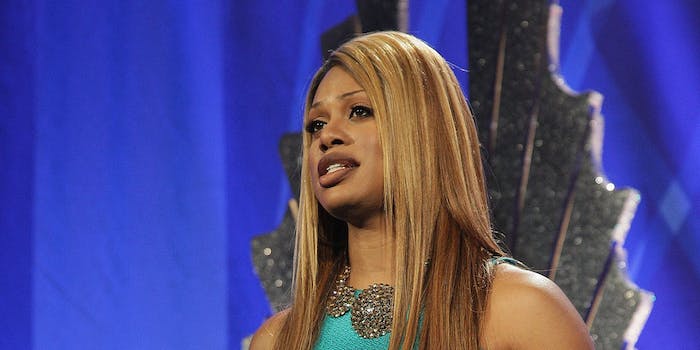 Laverne Cox is baring it all in the May edition of Allure Magazine, posing for the publication’s annual nude issue.

Cox, the transgender actress who made waves with her role on Orange Is the New Black, and with her activism around trans rights and visibility, initially said no to the photoshoot.

“I said no initially, thought about it, and said no again,” Cox told Allure. “But I’m a black transgender woman. I felt this could be really powerful for the communities that I represent. Black women are not often told that we’re beautiful unless we align with certain standards. Trans women certainly are not told we’re beautiful. Seeing a black transgender woman embracing and loving everything about her body might be inspiring for some folks. There’s a beauty in the things we think are imperfect. It sounds very cliché, but it’s true.”

Cox, who was just named to Time’s 2015 100 Most Influential People list, wasn’t the only star stripped down in the annual nude issue, which also features actresses Jordana Brewster and Nicole Beharie, among others, in the buff.