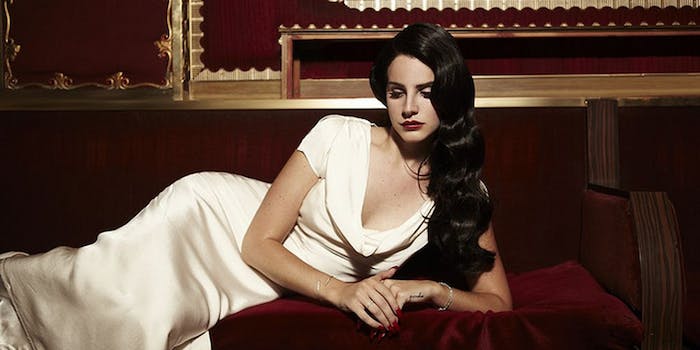 Cobain offers perspective to the "I wish I was dead already" quote.

Earlier this month, singer Lana Del Rey gave an interview to the Guardian, in which she discussed fame, music, and romanticizing the deaths of Amy Winehouse and Kurt Cobain. She told the interviewer, “I wish I was dead already.”

Del Rey has a new album out, Ultraviolence, a follow-up to 2012’s debut Born to Die. That statement was latched on to and circulated as part of the LDR persona, the “sad girl fantasy.” It also makes for a great headline, which the Guardian took advantage of. Later, Del Rey responded on Twitter, saying the interviewer’s questions were “calculated.” (She then deleted the tweets.)

Frances Bean Cobain, daughter of Kurt Cobain and Courtney Love, also responded, tweeting at Del Rey and warning her not to romanticize death.


Of course, people thought it was an attack on Del Rey, who’d already attempted to distance herself from the Guardian article.

At this point, we’ve perhaps buried Del Rey under an avalanche of thinkpieces. Lindsay Zoladz’s recent piece about the “sad girl fantasy” as it’s existed online is a good read. When male artists express sadness or hint at depression, we as a culture often elevate them and their manpain. When women do it, we tend to cut them down or categorize them as weak. She offers an alternative: “Maybe the answer is to glamorize neither strength nor weakness, sadness nor happiness, but search for the many alternatives in between.”

Correction: An early version of this article misstated the timeline of Lana Del Rey’s Guardian interview.

Photo via Jaguar MENA/Flickr (CC BY 2.0)