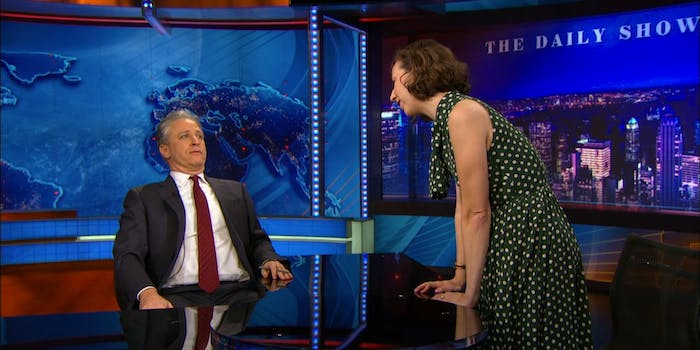 "Your ancestors used to roam free. The wind blowing through your soft fuzzy hair…"

Kristen Schaal is taking the fight on manspreading straight to the emotional core of the matter: the testicles.

The debate over ball space has caused quite a stir in New York City and other major cities as of late, prompting the MTA to take an official stance on it. (They oppose manspreading.) While Jon Stewart found it to be reasonable, others on The Daily Show did not—namely Schaal, whom he brought on to back him up because, well, she’s a woman.

Schaal said she understood the manspreaders and their oppression. After all, not too long ago they had control over everything, but now, spreading their legs on the subway is the only thing they truly have left. She can barely stand it—literally.

Ultimately, Schaal took her plea straight to Stewart’s balls, reminding them how testicles used to be free, which isn’t something you see everyday.