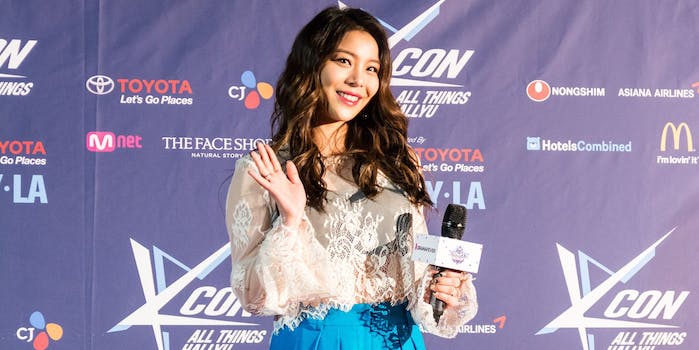 They're gorgeous, talented, and also bilingual.

K-pop is equal parts awe-inspiring and completely unfair. Not only are its idols the most perfect human specimens you’ve ever seen, but they can also dance, sing, and act. And for some, they also have another talent that may be key to the continued success of the hallyu wave: speaking English.

During the annual KCON convention in New Jersey last weekend, English-speaking stars proved invaluable not only for their tremendous star power, but also as translators. As K-pop fever continues to spread across America (KCON attendance in New Jersey went from 17,000 in 2015 to 40,000 this year), these idols are helping to bridge the cultural gap to bring fans closer to the stars they love.

Allow us to introduce you to some of the biggest stars in K-pop today that just so happen to speak not only their language, but yours as well. 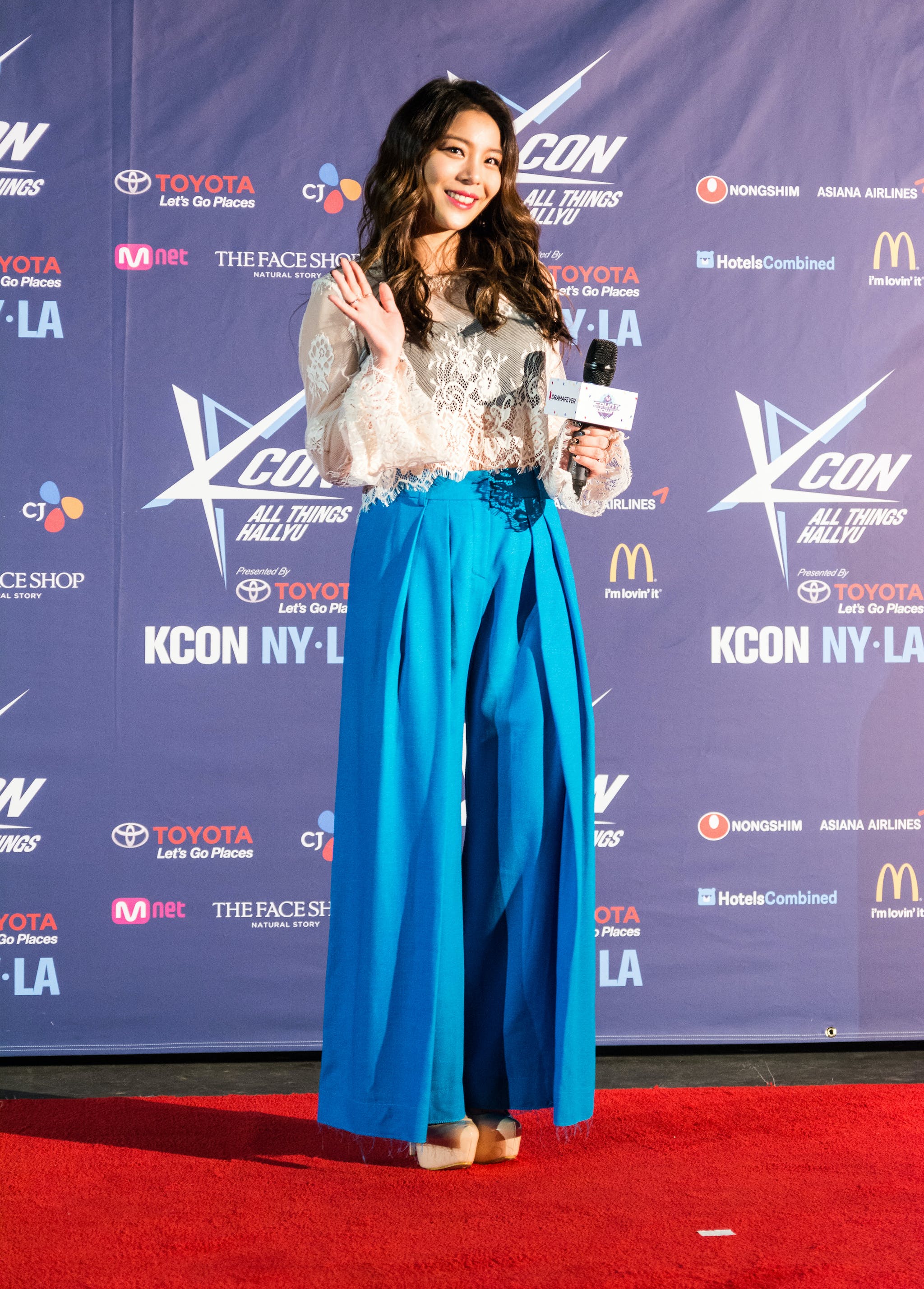 Ailee stood proudly at the center of attention many times during KCON, most notably as the MC for both concert showcases alongside BTS’s Rap Monster. She also made a whole new legion of fans starry-eyed when her backing track went out during her performance, but she carried the show with her powerful pipes alone.

The Colorado-born singer grew up in New Jersey, where she sang with friends, launched her own YouTube channel, and worked with Muzo Entertainment. In 2010, she moved to South Korea to pursue singing full time, and was signed by YMC Entertainment. Today, her warm sense of humor and tremendous vocal chops draw fans to her work by the hundreds of thousands. 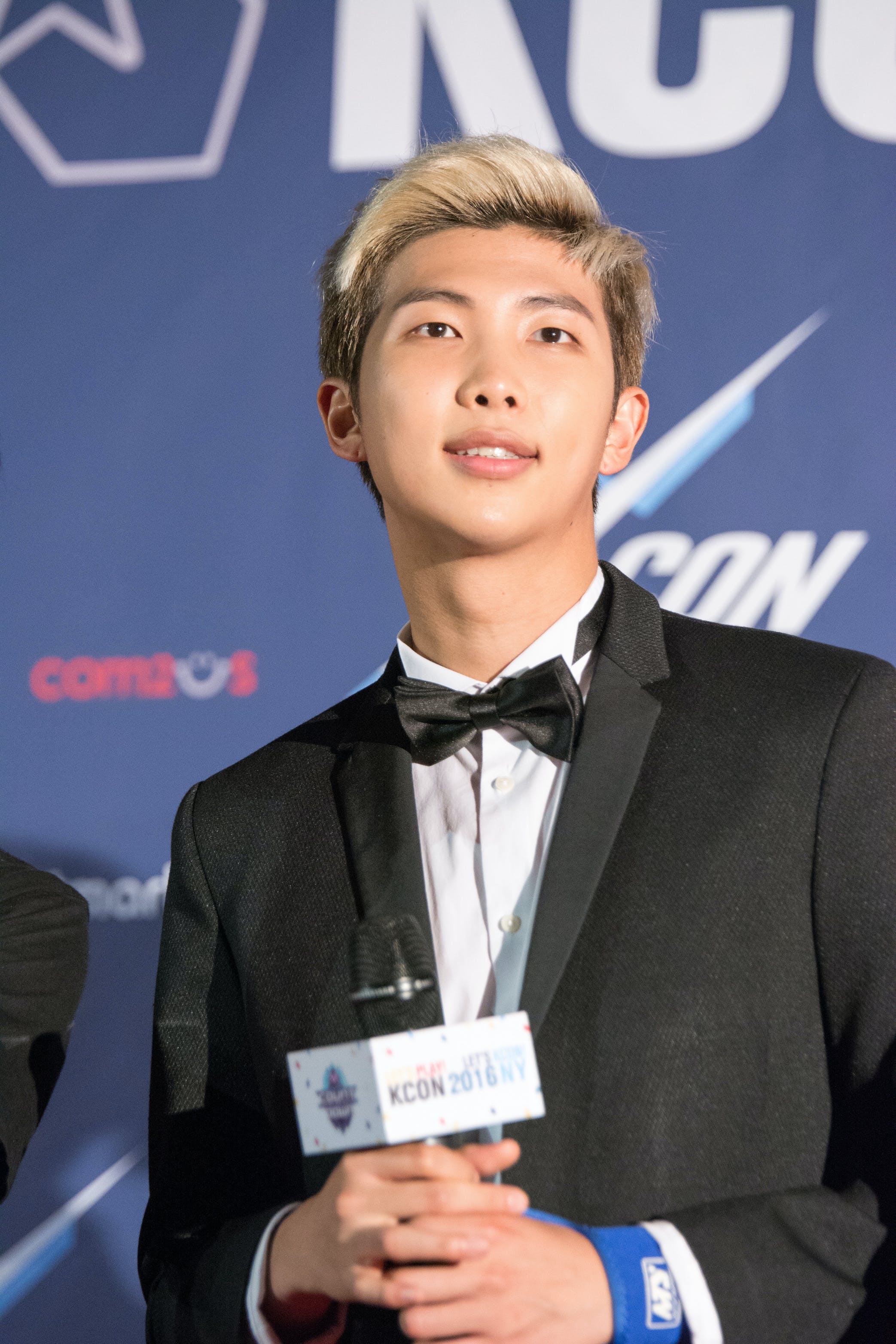 As the leader of BTS, Rap Monster (whose real name is Kim Namjoon) already has a full plate managing his incredibly successful group, as well as penning many of the band’s songs. But he also managed to make time to MC alongside Ailee at KCON New Jersey, and acts as the translator for the group.

Rap Monster was an active member of the South Korean underground hip-hop scene before signing with Big Hit Entertainment to form BTS in 2010. Known for being extraordinarily bright (he has an IQ of 148), he taught himself English and Japanese. In addition to all his activities with BTS, he also recently released his first solo mixtape, featuring the catchy track “Do You.” 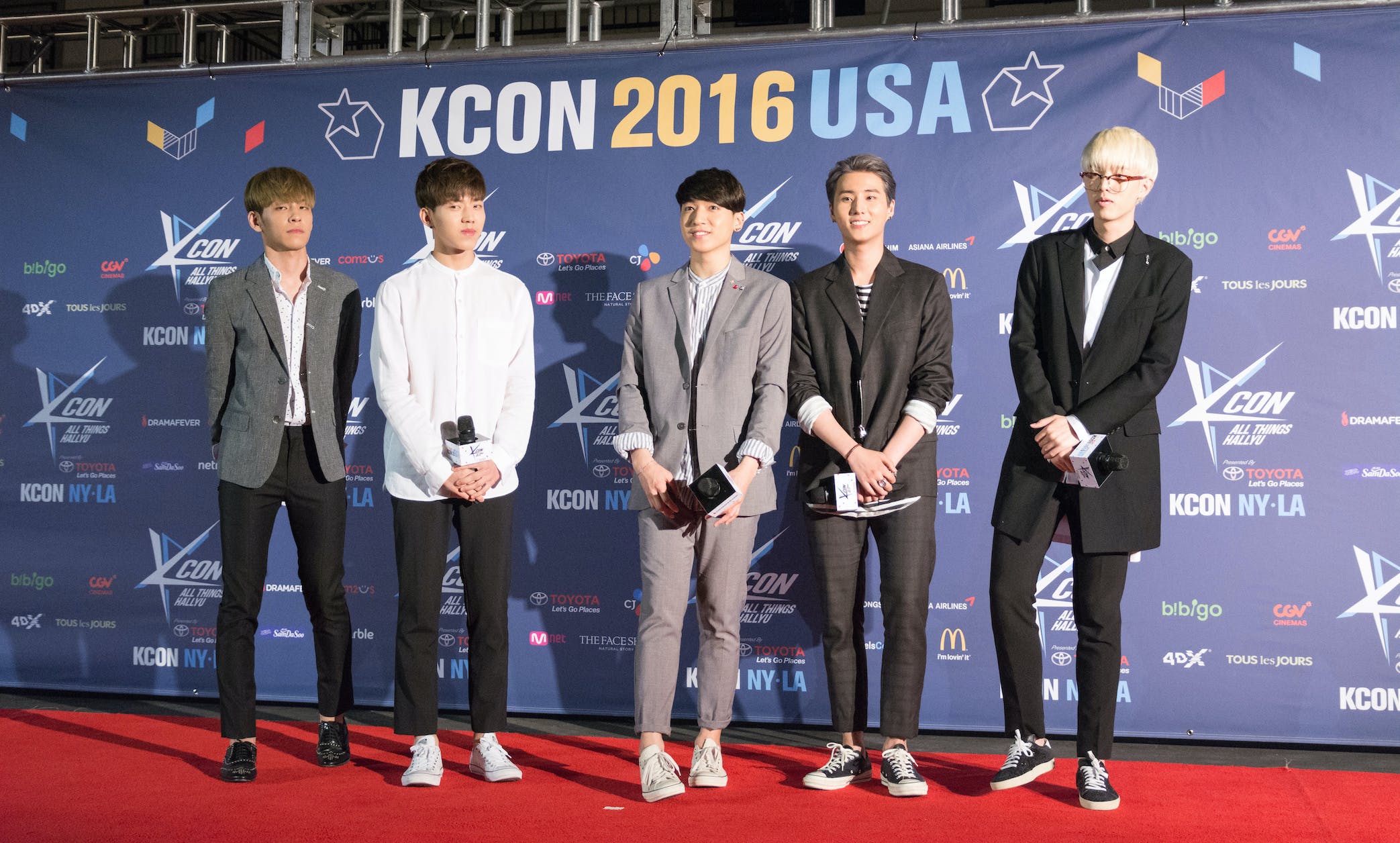 Indie rockers Day 6 are new to the K-pop scene, debuting under JYP Entertainment in 2015. Alongside members Sungjin, Wonpil, and Dowoon are two English-speaking members, Jae and Young K. The two are respectively from America and Canada, and U.S. fans swoon when they hear the handsome duo speaking flawless English.

Since their debut last year, they have steadily built a fanbase by offering guitar-centric pop songs that appeal to fans of South Korean rock bands such as Nell. We have a feeling that we’ll be seeing more of them over the next few years as they gain popularity in the states—thanks in no small part to their bilingual members. 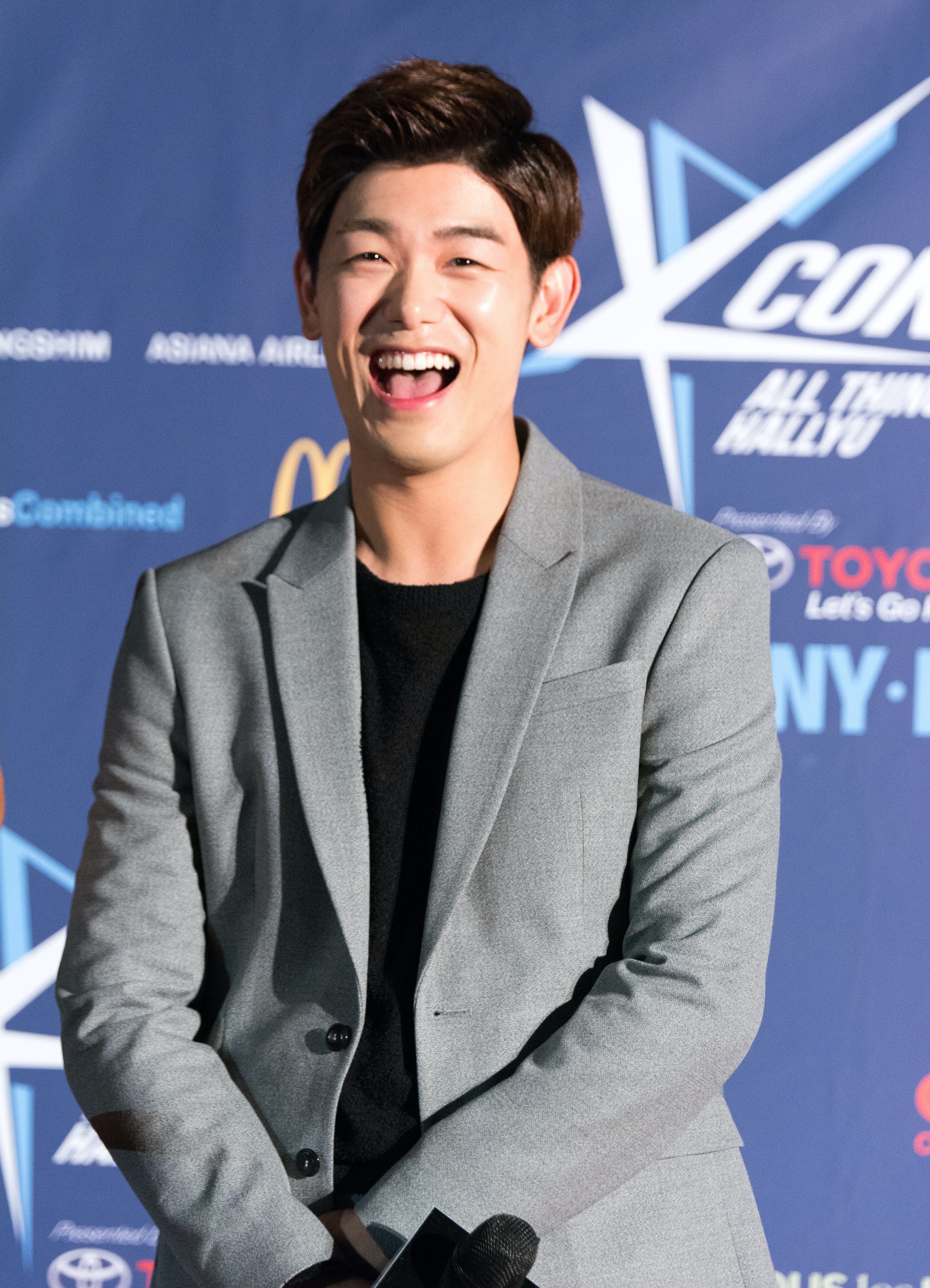 Born and raised in Atlanta, Nam was already on his way to a career when he sang in the Atlanta Boy Choir as a child. He waited until 2012 to sign with B2M Entertainment despite catching the eye of JYP Entertainment sooner, as he wanted to focus on his studies.

In addition to English, Nam also speaks Korean, Spanish, and Chinese. He’s achieved great success as a soloist and has a flair for soulful ballads. It’s not unusual to see him return to Atlanta on tour to pay homage to the city he calls home. 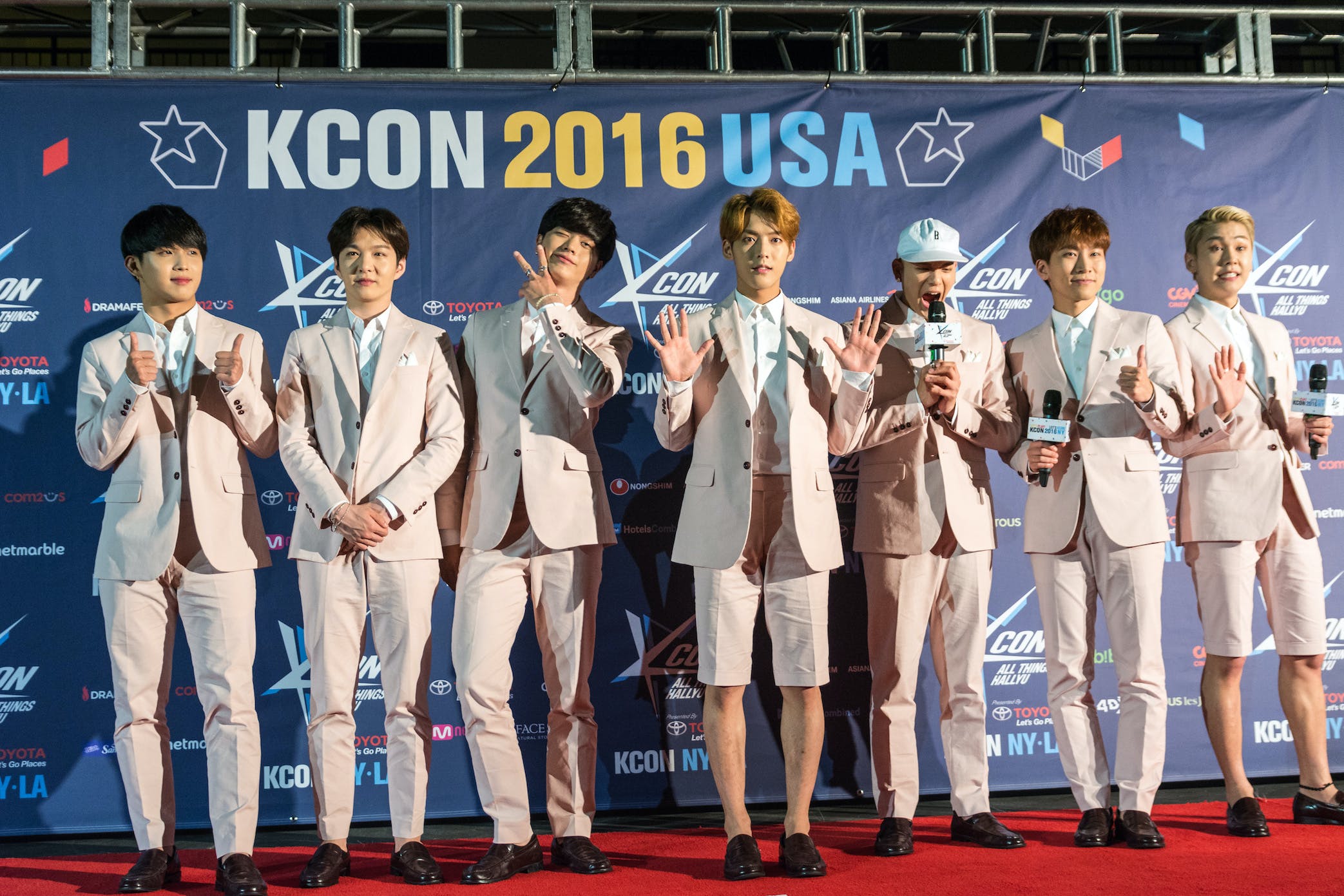 Perfectly positioned to become the next big thing in K-pop, Seventeen is growing hotter by the day (and the band’s appearance at KCON this year certainly sparked buzz). The 13-member boy group has two English speakers, Vernon and Joshua, who hail from New York and Los Angeles, respectively.

Seventeen was formed in 2015 under Pledis Entertainment and recently released its first album, Love Letter. Like Big Bang and BTS, the members are all involved in writing their own music and lyrics, something we predict will continue to trend among debuting bands over the next few years.

These are only a few of the stars who are fluent in English—we also can’t forget (f)x’s Amber, GOT7’s Jackson Wang, Jay Park, 2NE1’s CL, and many more. Make sure to give them a special shout out for being invaluable genre ambassadors.