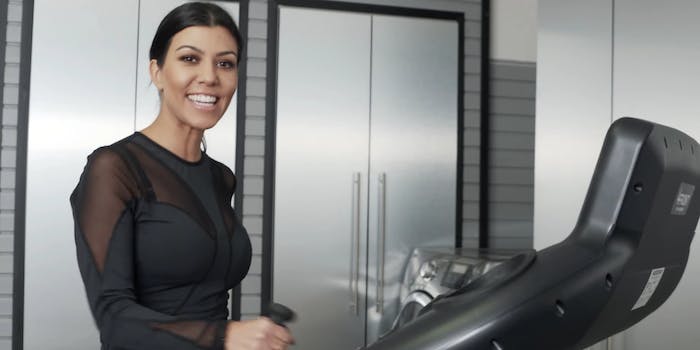 Every once in a while, it’s healthy for a couple to air out their issues. But Younes Bendjima picked an interesting time and location to voice his displeasure with Kourtney Kardashian’s sexy Instagram shots.

The 25-year-old model has no issue posting half-naked selfies on his own Instagram account but when the mom of three poses in a bikini, the beefcake takes issue. Kardashian, 39, uploaded this shot of her in a thong that earned over 2 million likes.

don’t be shady, be a lady☀️

Bendjima speculated in a now-deleted comment as to why the shot was so popular with Kardashian’s followers in the comments section of the photo.

“Thats what you need to show to get likes?” Bendjima asked, according to the Shade Room and the Independent.

Kardashian’s fans were quick to jump to her defense, clapping back at Bendjima after he seemed to throw shade at his girlfriend of two years.

“Sis throw away your whole boyfriend. You don’t need that kind of negativity. Keep slaying, mama!”

The couple just returned from a vacation in Europe together in which the couple posed for several half-naked photos together and the mom has been posting sexy shots online for years, even doing a revealing photo shoot while nine months pregnant. We’re not sure what the dude’s deal is.

Correction: A previous version of this story included a screengrab highlighting a different Instagram user quoting Bendjima’s original, deleted “That’s what you need to show to get likes?” comment.