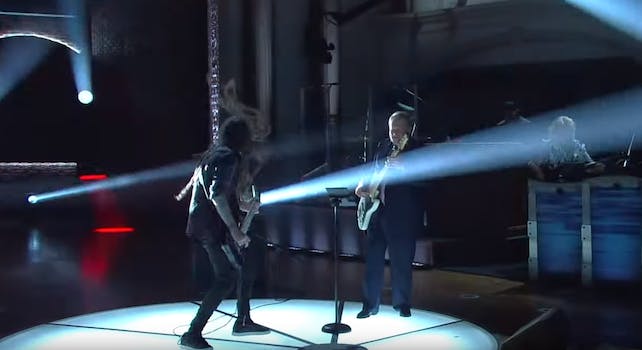 Like Huckabee, Welch is a public-facing Christian, making him a natural fit for Huckabee, which airs on religious network TBN. Because he’s a smart man who has used secular rock music to connect with fellow Americans, Huckabee turned the sit-down into a viral moment.

“I interviewed you and I said then: ‘Hey, we gotta do music together sometime,'” Huckabee told Welch of the pair’s initial encounter years back.

Welch played with Huckabee for a rendition of “Blind” from the band’s mid-’90s heyday. There was no guttural screaming of the lyric “Are you ready?” before the drums like longtime Korn heads are used to, but the two did keep time with all the pace of a Guitar Center jam.

And here’s “Blind” at Woodstock ’99 because this is a fair-and-balanced news outlet.