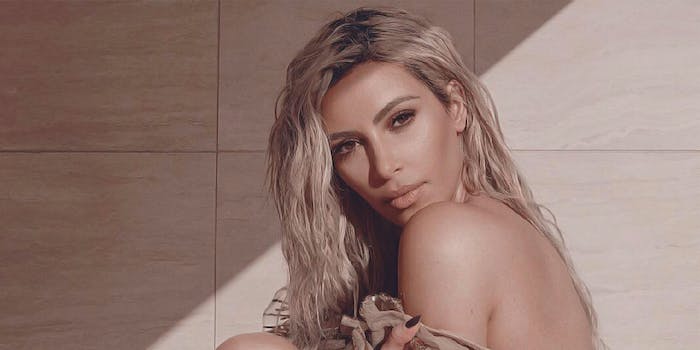 'Vogue' is a global magazine but many are facing Kardashian fatigue.

The March cover of Vogue India features Kim Kardashian on the cover (as well as a hashtag). But many people questioned why she was the cover story.

Kardashian posted the photo to her Instagram on Tuesday, and along with it came questions about representation in fashion and Kardashian fatigue.

when will @VOGUEIndia ever learn that Indians, especially young Indian girls, want to see more faces that they can relate to? We see enough of the Kardashians/Jenners around the world. Why not use Indian models? pic.twitter.com/r6cj2MY8eZ

I can’t believe @VOGUEIndia featured Kim Kardashian on their cover as if we don’t see her featured on a different magazine every day. India’s vogue should embrace and feature their own south Asian women instead of choosing someone from pop culture

Kim Kardashian in a lehnga…

Putting desi's on the map.. kind of 🤔 pic.twitter.com/IaYD32eesu

Kardashian’s sister Kendall Jenner was featured on a Vogue India cover in 2017, and the magazine faced a similar backlash. It issued a statement via Instagram, clarifying that: “In the last 10 years, Vogue India has had only 12 international covers, including Kendall Jenner, in 2017. Therefore, statistically, 90 percent of our covers are Indian! And we are proud of that.”

Still, Vogue is a global brand and it’s trying to sell magazines by putting another global brand on its cover. Kardashian has not yet responded.