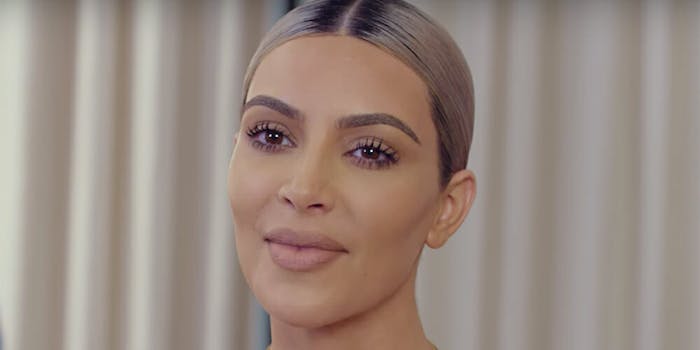 It’s Kim Kardashian’s internet, and we’re all living off the cottage industry of reaction videos and short-form blogging that pertains to her lifestyle branding. Case in point: The celeb influencer on Tuesday announced her KKW Body fragrance via Instagram with a topless post that immediately became a top Google Trend in the U.S.

That’s because her latest scent draws inspiration from Kardashian’s own body.

“It’s really cool. The scent is so good, I’m so proud of it. It smells to me like what I would think golden smells like, even though that’s a color and something that’s just luminous,” Kardashian recently told Business of Fashion.

Twitter was the usual mix of body-positive cheers and shaming jeers slamming Kim K. for selling her body and making it about morality—as if men haven’t been commodifying the female body since the dawn of civilization by way of control, shame, and pride.

The perfume is available for purchase on April 30, and no, it’s not unisex.

It’s not unisex but we have a unisex fragrance in the future https://t.co/WnNFVevBDe