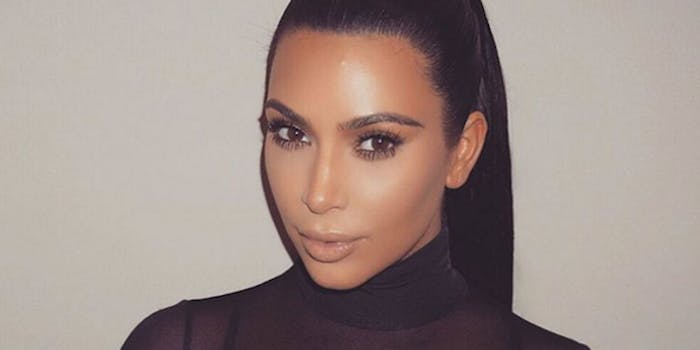 Kim Kardashian has had a huge couple days on Twitter, and she just published a blog post that serves as the perfect cherry on top.

It all started when the reality star posted a throwback selfie of her nude, pre-second-baby body Monday that set the U.S. trending topics ablaze. Then, after getting plenty of negative feedback, she hosted an impromptu Twitter roast of celebs who had criticized the pic.

After taking a few hours to cool off, the star realized that Tuesday is International Women’s Day, and she got reflective. She took to her blog to share her thoughts on why she posted the picture, and why she thinks it’s important to be able to on today of all days.

In her post, Kardashian touches on ideas that get battled out daily in comments sections far and wide: Her sexuality (and anyone’s sexuality, for that matter) does not dictate her value. Sharing a photo of her body doesn’t make her any less of a competent mother, or businessperson, or adult. It just means she’s someone who’s exercising a brief moment of control over her own image and sharing herself the way that she wants to be seen. Which, when you consider the level of paparazzi activity and tabloid scrutiny her family lives under, is a pretty empowering idea.