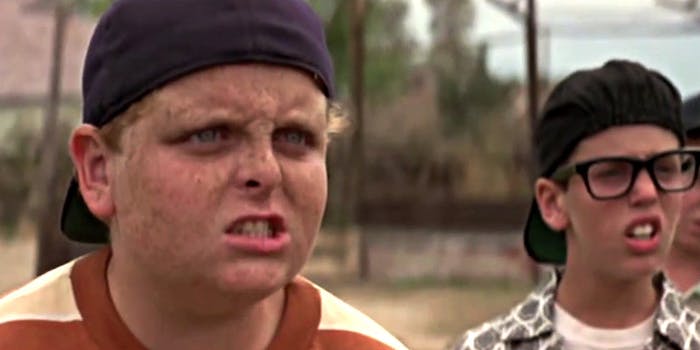 From the mouths of babes.

Anyone who ever said that “children are better seen and not heard” has obviously never heard two straight minutes of children swearing.

Vimeo user Avaryl Halley has spliced together a compilation of young actors and actresses from different movies letting loose like sailors. The words that would get their less-famous contemporaries in trouble flow here like a wonderful NSFW harmony. Kicking off with Peter Billingsley’s classic “Oh fudge” from A Christmas Story, the video collects colorful language from such stars as Macaulay Culkin, Chloe Grace Moretz, and pretty much every character in The Sandlot. And if you watch closely enough, you will spot a young Wil Wheaton letting a “fuck” slip out in Stand By Me.

Kids, George Carlin would be so proud.