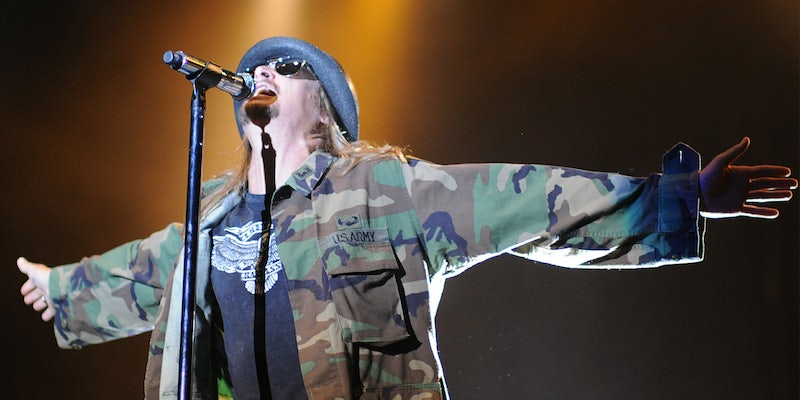 He is an American publicity stunt.

Kid Rock‘s been publicly flirting with a run for the United States Senate since the summer, but the stunt came to its logical conclusion on Tuesday when the singer admitted to Howard Stern that it was just a promo for his upcoming album, Sweet Southern Sugar. “Fuck no, I’m not running for Senate,” he told the host. “Are you fucking kidding me? Who fucking couldn’t figure that out?”

In the current suspended reality show we call American politics, Kid Rock’s potential run was mostly laughed off but some people took it seriously because he was doing things like starting a non-profit for voter registration and getting support from the governor of New York. He opened a merch store over the summer, but people quickly pointed out that links went back to the Warner Bros. site.

Kid Rock just released the video for single “Tennessee Mountain Top,” in which a raccoon does a keg stand and smokes weed.