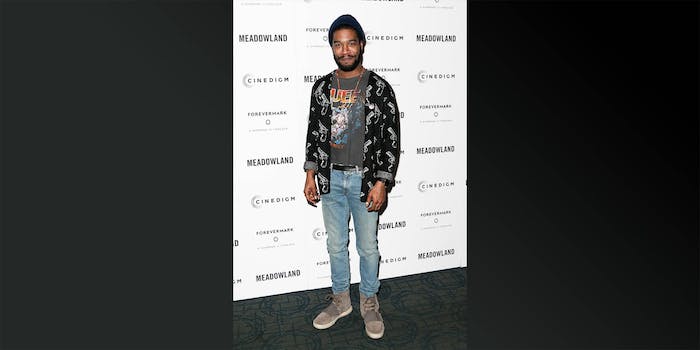 When it comes to record releases, sample clearance can be a major hurdle for artists. A prime example is the rich rap history of De La Soul, whose pivotal works have yet to see the light of streaming simply because getting the appropriate parties to sign off on every sample feels that prohibitive.

Lucky for Kid Cudi fans, the wilder days of rap are long past and record companies have learned from the De La Soul debacle. (Though it’s still bullshit we can’t all jam out to 3 Feet High and Rising on Spotify)

Cudi’s forthcoming Passion, Pain, & Demon Slayin’ has yet to hit Apple Music and the like, but all is not lost, as the rapper explained on Twitter on Thursday.

Two tracks that have been cleared are “Frequency” and the breezy “Surfin'” featuring Pharrell Williams, which became available on Friday night. Fans may recall “The Frequency” from its surprise release in March. The version now available is considered its official iteration.

Googleplay & Spotify link in the works yall. I got you.

As for the full album, Cudi has yet to tweet an estimated drop date. At least we’ve got two catchy tracks to tide us over for now.